#MonthlyPicks | What Does A BID Marketer Love About Queens? 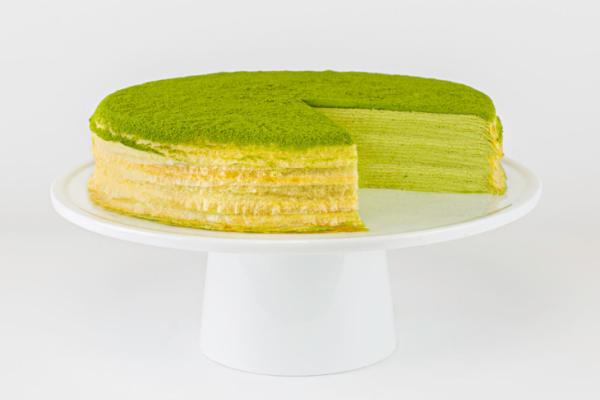 I’m a firm believer that Queens lives up to its reputation of having some of the best food in the world. Working at Long Island City Partnership and previously at Yelp focused on Queens, I have been able to try some of the borough’s best cuisine.

Astoria Seafood (which is technically in LIC) has been one of my favorites for some time. I could bathe in their olive oil. You pick your seafood – scallops, large shrimp, a variety of fresh fish, etc. – and they cook it to order. The small Greek salad is large enough to eat as a meal on its own. I recommend this as a starter, along with the garlic bread and sides like the lemon-roasted potatoes or yellow rice. The staff is always loud and entertaining. Sometimes they fuss with each other, but that’s all part of the experience. Make sure to say “hi” to Spiro if you go.

Some of my other favorite eats include Casa Enrique (Mexican), Tuk Tuk (Thai), Takumen LIC (Japanese), and John Brown BBQ. There are so many new eateries in the pipeline in LIC that I’m sure I’ll have additions to this list very soon.

Have you tried Lady M? I’m pretty sure that once you have one of the handmade mille cream crêpes cakes (which are made with layers of crepes and cream), there’s no turning back. The original is always a winner, but throughout the year they make specialty versions. I’m lucky enough to have tried the purple yam/ube, matcha, strawberry swirl, and tres leches varieties. Based in LIC, the cakes can be ordered online and shipped around the United States and Canada. It’s a great way to support and showcase the food-manufacturing scene in LIC.

Given my job, I spend a lot of time in LIC. No surprise, one of my favorite things to do is to walk along the waterfront. I’ll start at Gantry Plaza – where you can find the famous Pepsi Cola sign and gantries – and from there I’ll walk along the waterfront to Hunter’s Point South Park. Families are usually frolicking about the grassy knolls and tons of adorable dogs (seriously, if you’re a dog lover, come to LIC) and visitors who’ve come to take in the unmatched views of the Midtown Manhattan skyline. From the waterfront you can also catch the NYC Ferry and use LIC as your launching point to explore other areas of the city.

It’s interesting to see a neighborhood undergoing such transformation, and this is exemplified along Jackson Avenue in LIC. Once relatively desolate, the roadway is now bustling with new dining options and breathtaking residencies. Among the things to do: visit the JACX&CO food hall, where you can choose from a variety of vendors; take a pit stop around Court Square to find the Long Island City Partnership’s interactive art project LIC (Re)Connects; and enjoy MoMA PS1, which is a must-visit any time of year, but especially during the summer when it hosts the often-sold-out Warm Up series, featuring top DJs and a mix of emerging and established musical acts from around the globe. It’s definitely a vibe.

I have learned a great deal about the importance of LIC’s waterfront to NYC’s overall maritime heritage and there are occasional area tours to learn more. Throughout the borough, though, I’ve most appreciated a visit to Flushing Meadows Corona Park and checking out the 1963-64 World’s Fair grounds. My mother always likes to tell me how she went to the fair as a child and whenever I take a good look at the Unisphere and New York State Pavilion I like to imagine what the site was like then and the experience she must have had as a little girl. You’ll have to use your imagination since much of it hasn’t been maintained, but part of NYC’s beauty is the elements that are not so beautiful. Also, if you want to see iconic structures often found in movies (a la Men in Black, Iron Man II), it’s a must.

Sierra Brown is Director of Marketing & Communications at Long Island City Partnership, which manages the Long Island City Business Improvement District. As a destination marketer, she has promoted cities and countries all around the globe, but still finds the world right here in Queens. 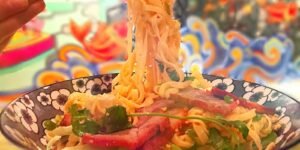