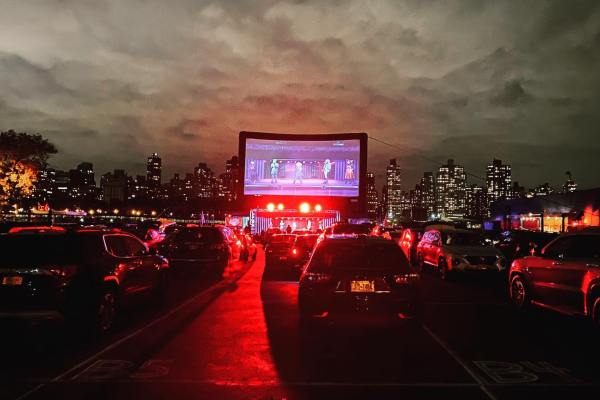 Radial Park kicked off a five-show, open-air run with Clu-Eth: World Premiere of an Unauthorized Comedy on April 23 and April 24. The rest of the schedule follows.

The world premiere of Beyond The Veil is at 8 pm on April 30 and May 1. This spine-tingling ghost story stars a small town doctor, wracked with grief, who recounts a strange tale of another grieving family member in his care. They seek a spiritualist to “lift the veil” between the living and the dead and bring them closure. If only it were that easy.

The Tempest runs at 8 pm on May 7 and May 8. This completely different take on Shakespeare’s melange of magic, monsters, spirits, romance, and justice features the enchanted soundscape of Prospero’s spells and lush music.

Treasure Island shows at 8 pm on May 14 and May 15. Take a pirate adventure on the Hispaniola with young Jim Hawkins as he and the crew seek Captain Flint’s lost treasure with only a scrawled map to guide them. Beware the cunning Long John Silver who is ready to kill those who stand between him and any buried booty.

Experience Triassic Parq: The Musical at 8 pm on May 21, May 22, and May 23. Resurrected dinosaurs spin a yarn about a certain theme park as they also explore faith, science, innocence, sex, and gender identity. (Yes, it’s a  musical.)

Ticket prices for the in-person show range from $100 to $200 per group. Patrons can also watch via live-stream for $10.

Spread out over about 50,000 square feet, Radial Park is located near the East River at 27-50 1st St. It has space for about 100 socially distanced parked cars at a time. It’s also steps away from a Citi Bike outlet and an NYC Ferry station.

Editor’s note: Radial Park presented versions of such classics as Purple Rain and The Phantom of The Opera with actors and an eight-piece band last fall. 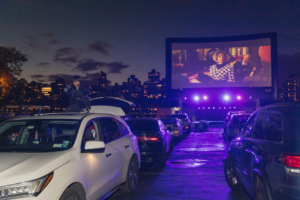