#PickoftheWeek | Inside, Outside, All Around The Town! Annual Holiday House Tour Goes Hybrid This Year 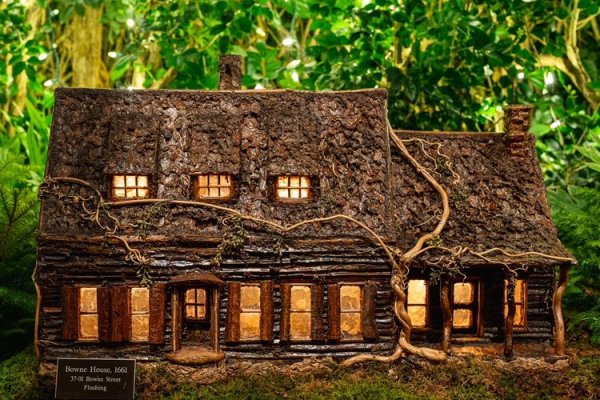 In previous years, local landmarks opened their doors to the public and offered music, food, seasonal decorations, art, fun, and games to celebrate the holiday season. The 2021 Historic Holly Tour will include similar programs, but in a hybrid style in-person and on Youtube Live for $5.

The interactive, streaming program runs from 1 pm to 2:30 pm, while each venue — Bowne House, Flushing Town Hall, Kingsland Homestead, Lewis Latimer House Museum, Quaker Meeting House, and Voelker Orth Museum ─ will decide if and when to open its doors to guests. Here’s a primer on the houses, and in some cases, their Historic Holly Tour programs.

Voelker Orth Museum will be decorated in a traditional German Christmas style. From 1 pm to 4 pm, onsite activities include a sing-along and medley of seasonal songs with Kenneth Garman on the piano and free hot cider and cookies. ($12.) Small gifts, plants, and museum-made honey will be on sale in the annex.

Located at 149-19 38th Ave., the property dates to 1891 and provided shelter to three generations of a family with German roots. The Voelker granddaughter, Elisabeth Orth (1926-1995), bequeathed the estate to establish the current venue, whose full name is Voelker Orth Museum, Bird Sanctuary and Victorian Garden.

The Bowne House program features a narrated slideshow about the site’s abolition history and the family’s legacy of fighting for religious tolerance, followed by a baking demonstration of a colonial-era apple pie. Built by English-born religious freedom advocate John Bowne in 1661, nine generations of the Bowne and Parsons families lived there until 1945, when it became a museum. The structure (37-01 Bowne St.), which is the borough’s oldest domicile, has city, state, and federal landmark status.

Flushing Town Hall was the village’s cultural and political focal point in the late 19th century. Dating to 1862, the Romanesque Revival building (137-35 Northern Blvd.) hosted swearing-in ceremonies for Union soldiers before the Civil War and later served as an opera house, courthouse, jail, and bank.

Kingsland Homestead is the only surviving example of the farmstead architecture that was common in Flushing in the late 18th century. Five generations of Quakers from the King-Murray family lived in the three-story, 12-room dwelling (143-35 37th Ave.) until the 1930s. It’s now the Queens Historical Society’s headquarters.

Lewis Latimer House Museum is a 19th century Victorian house (34-41 137th St.) where the namesake lived from 1902 until his death in 1928. The African-American son of fugitive slaves worked with Alexander Graham Bell on the telephone and Thomas A. Edison on the lightbulb. The Renaissance man was also a master draftsman, patent law expert, poet, painter, and co-founder of the Unitarian Universalist Congregation of Queens.

Quaker Meeting House, which dates to 1694, was the first house of worship in a town that was called “Vlissingen” back then. The nondescript, two-story, wooden-frame building (137-16 Northern Blvd.) is the second oldest Quaker sanctuary in the United States and New York’s oldest structure in continuous use for religious purposes. 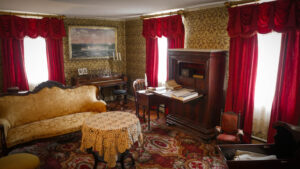