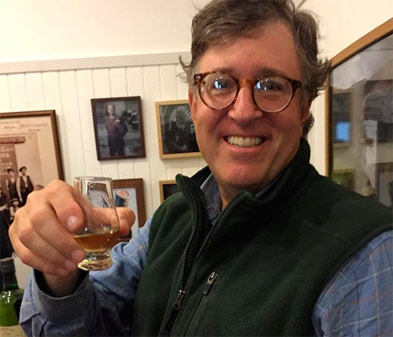 Downtown Jamaica is all about its long history rich in diversity. Today it is a vibrant community of African-Americans and Caribbean, South Asian and Central American immigrants. It’s a short, easy trip – by subway, Long Island Railroad, bus or even jet – from anywhere in Queens, Manhattan, the region or the world (via JFK and AirTrain). Its newest culinary offering is Don Nico’s on 160thStreet, featuring fresh, modern Mexican food (that is, no gloppy plates of beans and cheese – which have their virtues, but don’t have much to do with Mexico). Rick Bayless comes to Jamaica. The fish tacos are drawing a lot of attention from serious eaters. If you don’t have a high regard for the roof of your mouth or the lining of your stomach, then Spicy Lanka on Hillside Avenue is an essential destination. You don’t have to travel across either the Indian Ocean (to Sri Lanka) or even New York Bay (to the smaller Staten Island) for authentic, and fiery, Ceylonese food. This place, discovered by The New York Times, serves large portions of about the most incendiary stuff I’ve ever ingested. The dishes are made up of different proteins over a bed of a variant on Chinese fried rice. If you are a culinary Iron Person, this may be your Mount Everest. And for a warm welcome in a typical neighborhood place, if your neighborhood were in Porto or Lisbon, stop by O Lavarador and say hi to owners Manuela and Edgar. They will make you feel like family over generous servings of well-prepared Portuguese offerings. Sit in the bar and join the crowd of animated fans of Sporting Clube de Portugal (futbol) watching a game or in the elegant white table-clothed dining room and you are certain to have a splendid experience. Where else do they serve pork loin and clams – in the same dish?

How does “founded in 1656” hit you for history? Probably the oldest, best preserved evidence of Jamaica’s colonial past are its cemeteries. Dating from 1658, the recently restored Prospect Cemetery contains the worldly remains of New York State’s first Attorney General, Egbert Benson, and the lovely, also recently restored, Chapel of the Sisters. The charming cemetery of Historic Grace Church (the second oldest Episcopal parish in New York State, led by the its current rector, Fr. Darryl James) features the grave of the now famously rapping Alexander Hamilton’s buddy Rufus King. Abolitionist and constitutional convention delegate, King’s home, historic King Manor, still stands in King Park and is a museum open for visits. Particularly notable are King Manor’s occasional concerts of music on historic instruments, including the house’s own square piano.

Speaking of rapping and history, follow in the footsteps of cultural monument Kim Kardashian, and enjoy Jamaica’s walkable Downtown, shopping for sneakers and other well-priced items of urban wear. Folks come from far and wide to shop on Jamaica Avenue and 165th Street to check out the what southeast Queens homies LL Cool J, 50 Cent and Russell Simmons will be wearing next month. Do not get into an argument with the locals about where hip-hop was born: because they KNOW.
BTW, Jamaica was home to America’s first supermarket, King Cullen. It also has one of the Loewe’s “Wonder Theaters,” the beautifully preserved Valencia on Jamaica Avenue – now The Tabernacle of Prayer. More fun facts: notable alumni of Jamaica High School include: novelist Paul Bowles, film maker Francis Ford Coppola, scientist Stephen Jay Gould, US Attorney General, Nixon buddy and felon John Mitchell, and Pulitzer Prize-winning, over-praised composer Gunther Schuller.

Andrew Maximilian Manshel is Executive Vice President of Greater Jamaica Development Corporation and the court lutenist to Catherine of Braganza (1638 – 1705).