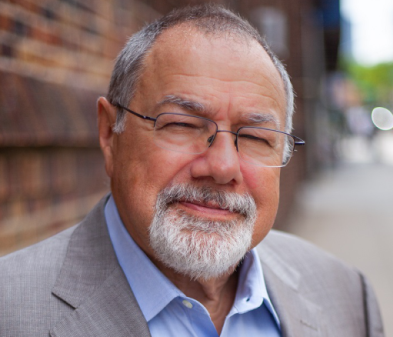 Local residents and borough enthusiasts chime in on their favorite places to eat, learn, walk, and have fun. The August 2020 picks are by retired entrepreneur and Woodside resident Charlie Antonucci.

Good Eats: For Italian, my wife and I frequent Donato’s in Woodside. It’s operated by three brothers and their families. The oldest one was a chef at Corona’s Parkside before opening the 39th Avenue establishment. My go-to option is the Stuffed Artichokes. It’s on the menu as an appetizer, but it feels like a meal in itself. When we’re in the mood for Chinese, we frequent JJ Chan Gardens in East Elmhurst. The shrimp with lobster sauce and fried dumplings are our favorite dishes. We think they’re the best outside of Main Street in Flushing.

Unique treats: The iconic Lemon Ice King of Corona has been on my unique treats list at least since my days at St. John’s University in the Seventies. It opened in 1944. One of my non-food treats is a visit to the New York Hall of Science. I always enjoy the annual Maker’s Faire in the fall. Another favorite is MoMA PS 1 in Long Island City. As a history buff, I enjoyed the 2009 exhibition entitled “The Museum and the War Effort.” It featured artists whose work was motivated by experiences during World War II.

Wander streets: LIC’s Gantry Plaza State Park along the East River is a must-visit. Plus, if you have a dog, there’s a great park for your four-legged friends. For a culturally-immersive experience, take a stroll along Roosevelt Avenue from Sunnyside to Flushing. It’s an international experience as you explore a bit of just about every country in the world.

Historic Feats: Louis Armstrong’s Corona home is a museum; Italian actor Rudolph Valentino lived in Bayside and kept a studio in Sunnyside; and the old Silvercup bakery is now home to film studios. (“30 Rock” and parts of the HBO series “Succession” were filmed there.

About this month’s author: Charlie Antonucci is a retired entrepreneur who has lived in Queens for the past 20 years. He’s currently a business consultant for the Queens Economic Development Corporation where he helps small businesses start and grow. He also helps his wife, Grace, manage her business, Waxing by Grace.