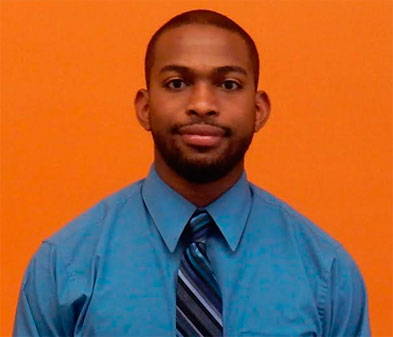 There is no debate that Queens offers a plethora of dining choices. However, in Astoria there’s one place that is particularly full of energy and great food. The Bonnie has a menu that includes appetizers like Striped Bass Ceviche and specialties like the Bonnie Burger. This local establishment places an honest emphasis on all things fresh and local. They pride themselves on serving the best drinks and tastiest eats in a warm and inviting setting. Then, if you’re looking to appease your yearning for Latin cuisine, check out Tacuba Mexican Cantina on 36st Avenue in Astoria. This restaurant has tacos ranging from carne asada to spicy lobster to grasshopper, and the menu includes nachos, ceviche, chicken mole, and fried whole snapper. The service is great and feel free to walk in during their daily happy hour and get a pitcher of frozen strawberry margaritas and nachos that would make even the most inept of language learners exclaim: “¡Qué sabroso!

The bustling commercial heart of Forest Hills is Austin Street, and it has solidified its status as a Mecca for shopping, dining and entertainment, bringing in patrons from the neighborhood and beyond. The mix of stores, restaurants and other establishments along the commercial strip has evolved over the years. It features great places to hangout like The Billiard Company. I love going in and shooting pool, playing ping pong, enjoying drinks, and dancing to music. While walking on Austin Street, never hesitate to satisfy your sweet tooth at Martha’s Country Bakery or stimulate your mind with a good read at the Barnes & Noble book store that we hope never closes.

There’s nothing like soaking up sunshine while the summer breeze hits your face. So why not experience that at one of the most significant bird sanctuaries in the Northeastern United States and one of the best places in New York City to observe migrating birds? TheJamaica Bay Wildlife Refuge hosts more than 330 bird species-nearly half the species in the Northeast. The park’s unique landscape contains a variety of rare native habitats. There is a wide variety of ranger- and partner-led programs offered year-round on site, including presentations on seasonal wildlife, sunset tours, hikes, boat trips, and family programs. The refuge is also home to an impressive array of native reptiles, amphibians, small mammals, more than 60 species of butterflies, and one of the largest populations of horseshoe crabs in the Northeast.

A New York City landmark that is listed on the National Register of Historic Places is the Office of the Register, also known as the “Queens Register of Titles and Deeds Building.” Located in Jamaica, this imposing, three-story edifice with a limestone façade was constructed in the late 19th century. The building housed the Office of the Register until 1974, after which it became the Jamaica Center for Arts & Learning, which is a performing-and-visual-arts center that was -founded in 1972 in an effort to revitalize the surrounding business district. I enjoy checking out performances by local talent, and the space serves more than 28,000 people annually with its 1,650-square-foot gallery, 99-seatproscenium theater, and art-and-music studios. Outside the building is one of only two remaining cast-iron sidewalk clocks in New York City!

Vladimir Vilsaint is a proud Queens native and St. John’s University graduate. When he is not aiding in business and community development initiatives, he can be found on another adventure, experiencing what the world’s most diverse borough has to offer. He is an avid sports fan who is hopelessly devoted to the New York Knicks.