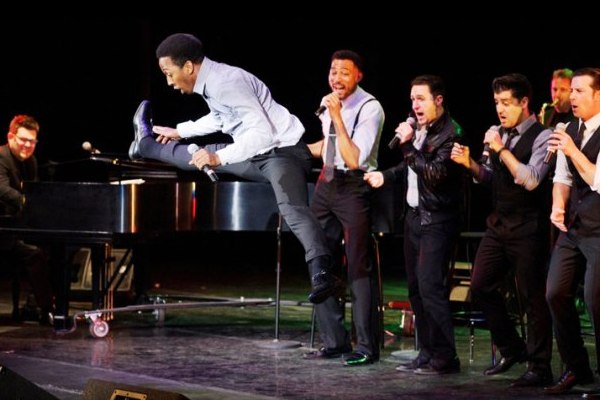 The Bay Terrace Shopping Center is famous for international clothing chains, bank branches, and local restaurants. And now that the world is socially distant, it’s developing a reputation for drive-in entertainment.

Via a partnership with Queensborough Performing Arts Center, the Bayside complex will present The Doo Wop Project on Sunday, May 23, at 7 pm. (Rain date: May 24.)

This five-guys-on-a-street-corner group – which includes stars from Broadway’s Jersey Boys and Motown: The Musical — will take the audience through the history of the doo-wop sound. A little Frankie Valli. Some Smokey Robinson. Maybe even some Dion DiMucci and the Belmonts.

The fun will unfold on a stage and lot where the audience will watch from parked cars. Patrons will be able to order food and drinks for delivery right to their vehicles, too.

The May 23 event is also an introduction to a long season of QPAC concerts at Bay Terrace, whose address is 212-45 26th Ave.

The Sensational Soul Cruisers, an 11-piece super group that does classic Soul, R&B, Motown, and Disco, will be there on Sunday, June 27.

Here’s the rest of the schedule, but please note that some dates and venues are still to be announced and/or confirmed as QPAC also hosts events at The Little Theater in St. John’s University. In other cases, tickets aren’t on sale yet.

Kol Esperanza: Rejoice on May 8 at 3 pm.

The Modern Gentlemen on May 14 at 8 pm at The Little Theater at St. John’s University, 80-00 Utopia Parkway, Jamaica. 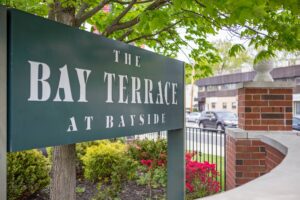