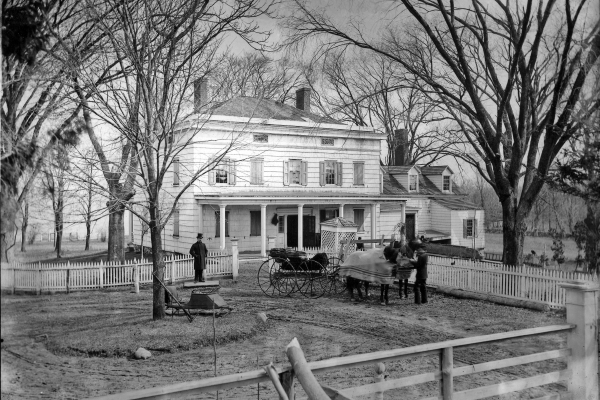 Modern Day Queens is a hustling-and-bustling metropolis with more than 2 million people living in an estimated 870,000 units, including everything from attached row houses to government-run apartment complexes to McMansions. Immigrants make up about half the population, and neighborhoods have such nicknames as “Chinatown,” “K-Town,” “La Pequeña Colombia,” “Little Guyana,” “Little India,” “Little Manila,” and “Little Pakistan.”

But this reality is actually quite new. The borough’s past includes rustic farmsteads, seaside escapes for the extremely wealthy, corporate towns, over-the-top mansions, and specifically planned communities. Learn more about yesteryear’s dwellings and demography in Rob MacKay’s Historic Houses of Queens, which Arcadia Publishing released on May 10.

MacKay will participate in a series of Author Talks this spring and summer. The next one is at the Bowne House on Sunday, June 27, at 2 pm.

Historic Houses of Queens looks at architecture, interior design, surrounding neighborhoods, real estate trends, peculiarities, and personalities. All the while, MacKay, a former newspaper editor who also authored the Queens In Your Pocket guidebook, considers that real humans lived in them. They grew up in them. They relaxed in them. They proudly showed them to friends and family. And in some cases, they lost them to fire, financial issues or urban renewal projects.

“It’s a true labor of love. I spent a countless weekends on research and writing,” said MacKay, who lives in Sunnyside. “But it was worth it. Queens is such a special place, and its history is absolutely fascinating. It’s an honor and a pleasure to share this information with readers.”

As part of his day job with the Queens Economic Development Corporation, MacKay runs various social media channels that promote the borough’s restaurants, shops, hotels, and tourism attractions. His interest in writing this book grew organically—and intensely—after he became a trustee of the Queens Historical Society in 2018.

Established in 1993, Arcadia Publishing specializes in books that offer inside views of regional history and forgotten aspects of American life. The company’s ever-increasing catalog has more than 12,000 titles, including several other paperbacks on Queens neighborhoods, landmarks, and ethnic communities. 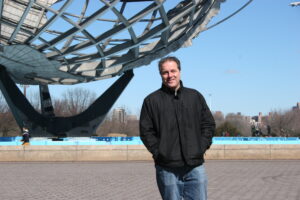