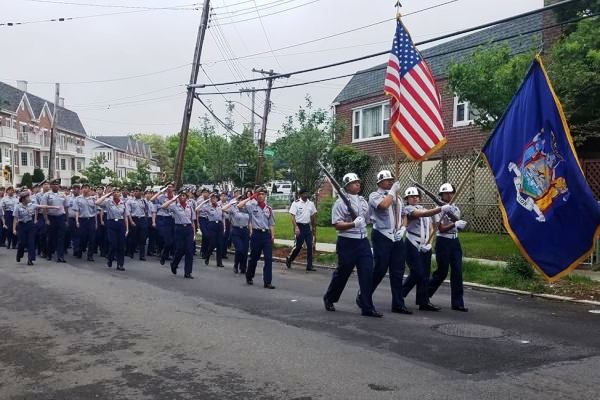 Never forget that the Woodside zip code – 11377 – lost more residents in the Vietnam War than any other zip code in the entire United States. And never forget that countless other Queens natives have made the ultimate sacrifice to their country over the years.

The borough honors fallen heroes with parades and related ceremonies during the upcoming Memorial Day Weekend. Here’s a chronological list of some activities.

Gathering ceremony outside American Legion Continental Post 1424 at 107-15 Metropolitan Ave. Then at noon, the procession goes down Metropolitan to Trotting Course Lane.

Marine Corporal Robert M. Rodriguez was in a tank northwest of Iraq’s Nasiriyah in March 2003. He died after the tank plunged off a bridge and into the Euphrates River.

While serving as a sergeant and tank commander, John Cono Desio landed in France’s Normandy in summer 1944 to fight skirmishes that were a prelude to the Battle of the Bulge. After fierce fighting to capture the town of St. Jean Roblach (only a few miles from Germany), he was killed on Nov. 23, 1944.

Specialist Kenneth Johnson was riding atop a tank in Tay Ninh as part of the Vietnam War’s Operation Junction City on March 25, 1967. He died after the tank ran over an enemy land mine.

The procession goes from 234th Street and Mayda Road to a wreath-laying ceremony at Veterans & Vietnam Memorial Squares at Sunrise Highway and Francis Lewis Boulevard. Then it’s on to Brookville Park for a party with entertainment by Deezy. The honorees are Retired Navy Chief Petty Officer Bernard Boowah Chong and Rosedale Lions Club President Jean Onwualu.

Kick off from Whitestone Memorial Park at 149th Street and 15th Drive.

Walk along Northern Boulevard from Nassau Road to Alameda Avenue.

Here’s the complete schedule: 10 am, Interfaith Service at Community Church of Douglaston, 39-50 Douglaston Parkway; 11:15 am, Wreath Laying Ceremony at the Monument Park in Divine Wisdom Schoolyard at Alameda Avenue and Northern Boulevard; 11:45 am, Veterans’ Continental-style Breakfast at Father Smith Hall; 1 pm, line up; 1:45 pm, elected officials line up and press availability at Assembly Area E in front of Starbucks on Northern Boulevard opposite Buttonwood Road in Great Neck; 2 pm, Parade steps off from Jayson Avenue and Northern Boulevard. 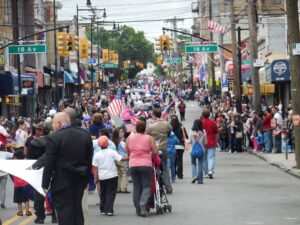