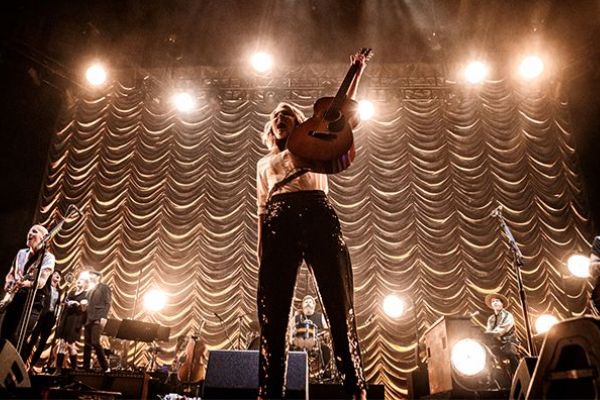 Brandi Carlile is an Alternative Country singer-songwriter who has received 11 Grammy nominations and won six. The Washington state native has also written a best-selling book and helped launch a foundation that supports education, health, women’s rights, and other causes.

It should be a tremendous, giddy celebration. The opening act, Amythyst Kiah, is also multi-talented and eclectic. The Grammy nominee, who rose to fame with Our Native Daughters, plays Bluegrass and Old-Time music as happily and deftly as she does Alt-Rock and Folk.

The Nebraskan Indie Rock band Bright Eyes headlines the next concert on Saturday, July 31, at 4:30 pm. It’s actually an Alternative music night with Southern-accented Waxahatchee and Lucy Dacus as the opening acts.

Here’s the rest of the schedule.

Wilco and Sleater-Kinney rock out on Saturday, Aug. 21, at 4:30 pm with Nigerian-American Nnami and his Alt Pop beforehand.

Dropkick Murphys and Rancid bring the Punk on Saturday, Aug. 28, starting at 4:30 pm. The Bronx warms up the crowd with Hardcore Punk.

Southern Rock rules the entire weekend with My Morning Jacket and Brittany Howard taking the stage on Friday, Sept. 10, and Saturday, Sept. 11. Both events start at 4:30 pm.

Located at One Tennis Place in Forest Hills Gardens, Forest Hills Stadium was built in 1923 to host the U.S. Open’s center court matches in conjunction with the adjacent West Side Tennis Club. The venue’s heyday was in the 1960s and 1970s, when it hosted tennis and live music. The Beatles played two consecutive sold-out shows there in 1964. The Doors and Simon & Garfunkel did a double bill in 1967. Even Frank Sinatra, Barbra Streisand, and Diana Ross performed there before the venue shut down in the mid 1990s due to financial concerns. (The U.S. Open moved to Flushing Meadows Corona Park in 1978.)

In 2013, Forest Hills Stadium underwent a roughly $3 million renovation that included a complete structural overhaul, seat replacement, and the installation of a state-of-the-art stage. The site re-opened in August of that year with a concert by British rock band Mumford & Sons. Since then, it’s attracted a wide range of musical performers, including The Who, Van Morrison, and Carlos Santana. 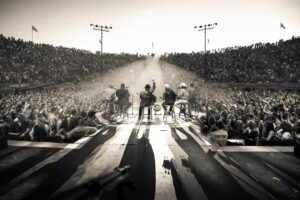