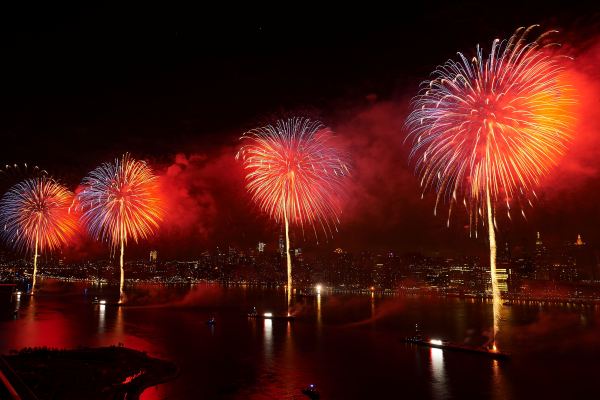 Now this is a blast from the past!

Macy’s, the perennial sponsor, will shoot more than 65,000 shells and other effects from five barges floating on the East River just west of Long Island City. The spectacle should last for 25 minutes, and audiences can expect to see all types of pyrotechnics, including aerial repeaters, fountains, parachutes, and sparkling waterfalls.

Admission is free and open to the public, and as always, Queens is the place to be. However, there are some COVID-related details this year.

The NYPD will manage distinct viewing areas for the vaccinated and unvaccinated. Most of Manhattan is for the vaccinated only, but both categories are welcome in Queens with the most recommend spots being Gantry Plaza State Park in Long Island City and other enclaves along the Easter River shoreline in Western Queens. (Evolving safety regulations could lead to viewing rule changes, so spectators are encouraged to click here for frequently updated information.)

Macy’s honors the Armed Forces this year, and taped music by the United States Army Field Band’s Soldiers’ Chorus is part of the program. A rendition of “Lift Every Voice and Sing” by the Grammy-nominated Broadway Inspirational Voices and a version of “You’ll Never Walk Alone” by multi-Grammy-winning Tori Kelly are also on tap. Plus, Hollywood Scoring, a group of producers, composer, and musicians, will use modern technology to create background songs and sounds made exclusively for the fireworks.

For those who prefer the comfort of their Queens homes, NBC will air the Macy’s 4th of July Fireworks Spectacular from 8 pm to 10 pm. The program features videos of Coldplay, Reba McEntire, and Black Pumas.

“We are thrilled to join the celebration with a spectacular Macy’s 4th of July Fireworks display honoring the heroic spirit of our nation,” stated Macy’s 4th of July Fireworks Executive Producer Will Coss. “Live from New York City, five barges positioned on the East River will launch an epic celebration that will inspire a renewed sense of hope and optimism among our fellow New Yorkers and viewers nationwide.”

The annual NYC fireworks extravaganza dates back to a bicentennial show in 1976. Due to COVID, Macy’s offered a short, unannounced show last year. 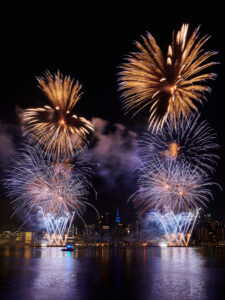