It’s a jam-packed week with multi-show Shakespeare, flamenco, children’s theater, and outsider art that ends with the launch of the always multi-show Queens World Film Festival, which will screen more than 200 movies this year. There’s also time for one-shot deals with Nat King Cole, Garifuna culture, opera with a British accent, dragonflies, and even the Creature from the Black Lagoon.

March 15, Flamenco with Danza España, March 31. A Latin music-and-dance adaptation of “The Bacchae” by Euripides. $42-$45. Fridays and Saturdays at 8 pm, and Sundays at 4 pm. Thalía Spanish Theatre, 41-17 Greenpoint Ave., Sunnyside.

March 16, The Garifuna Jazz Ensemble, 7 pm (dance) and 8 pm (concert). This group brings awareness of the endangered Garifuna culture which formed when West Africans intermarried with Carib-Arawaks on the island of St. Vincent & The Grenadines. Many settled on the north coast of Central America. Flushing Town Hall, 137-35 Northern Blvd.

March 16, Creature from the Black Lagoon, 2 pm. A screening of the 1954 thriller introduced by Mallory O’Meara, author of “The Lady from the Black Lagoon.” Then, she signs and sells her book. Museum of the Moving Image, 36-01 35th Ave., Astoria’s Kaufman Arts District.

Continued from the previous week

Spring Awakening, until March 24. This musical explores the journey through adolescence, examining morality and sexual politics while unapologetically plumbing the depths of the hormonal teenage psyche. $22/$25 at the door. The final run is March 20-24 at 8 pm with an additional 2 pm show on March 24. The Secret Theatre, 44-02 23rd St., LIC.

In Practice: Other Objects, until March 25. This exhibition displays new pieces by 11 artists and artist teams that probe the slippages and interplay between objecthood and personhood. SculptureCenter, 44-19 Purves St., LIC. 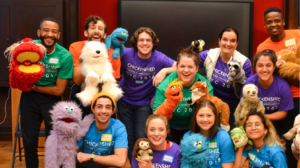