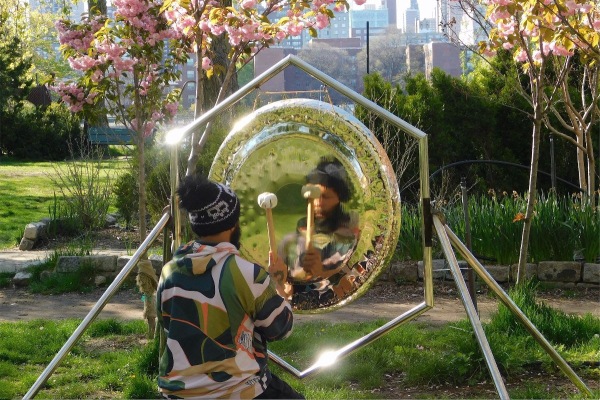 May 13, Gregg Bordowitz: I Wanna Be Well, Oct. 11. Queens-raised Bordowitz transformed his art in response to the AIDS crisis in the mid-1980s. He organized and documented protests against government inaction, advocating for health education and harm reduction. Bordowitz created remarkable video portraits of himself and others living with the disease. This exhibition surveys 30 years of his practice alongside the coalitions of activists, artists, writers, thinkers, and friends. MoMA PS1, 22-25 Jackson Ave., Long Island City.

May 13, Queens Theatre Rocks, 7 pm. Three cagey veterans who were in the scene during the 1970s, 1980s, and 1990s tell their most outrageous, honest, and true accounts of working in the music scene during Rock & Roll’s Golden Age. This two-hour Zoom conversation is filled with stories, photos, memories, and wisdom.

May 14, Okan, 7 pm. Flushing Town Hall streams a concert with this award-winning Cuban roots and jazz duo whose name means “heart” in Yoruba. They use folk and global rhythms while singing about immigration, courage, and love.

May 14, Treasure Island, May 15. The professional troupe Resounding presents this pirate adventure with young Jim Hawkins as he and the crew seek Captain Flint’s lost treasure at 8 pm on both nights. (Beware the cunning Long John Silver who is ready to kill those who stand between him and any buried booty.) Patrons watch from parked cars and picnic tables. Radial Park, 27-50 1st St., Astoria.

May 15, Queensboro Dance Festival, Oct. 3. Periodic live streams of 23 borough-based troupes performing an array of classic and cultural dances including Dervish, Filipino, Greek, Hip-Hop, Hula, Indian, Mexican, Modern, and Tap. Most will present brand new dances with many reflecting on the COVID pandemic.

May 15, Downtown Jamaica Jazz Festival, May 16. To run noon to 7:30 pm on both days, this festival features eight musicians, including Joel Ross and Melissa Aldana. The headliner will be Ravi Coltrane, a Grammy-nominated Saxophonist and son of iconic Jazz artists John and Alice Coltrane.

May 15, See It Big: The Return! On Redstone Theater’s wide screen, A.I. Artificial Intelligence shows at 1 pm, while Vertigo is at 4:30 pm. Museum of the Moving Image, 36-01 35th Ave., Astoria’s Kaufman Arts District.

May 15, Virtual Jazz Brunch. Bayside Historical Society’s annual jazz concert is virtual this year with the fabulous Carl Bartlett Jr. Quartet recorded live at The Castle in Fort Totten. Join the fun by eating brunch at home and sending photos for inclusion in the virtual event album.

May 16, Pirates of the Mediterranean, 4 pm. This online whodunit mystery takes the audience to the 1801 Barbary Coast, where privateers commandeer ships and kidnap American sailors. Rufus King, a famous Queens resident who is representing the United States as minister to Great Britain, has a crisis on his hands and the audience has a mystery to solve.

May 17, Jazz Omokase, May 22. This celebration combines Japanese food and drink with live jazz. Enjoy firefly squid, fatty tuna neck, three sakes, and other delights as part of a 15-course meal for $125. One-hour seatings are at 8 pm and 9:30 pm. Sushi On Me Restaurant, 71-26 Roosevelt Ave., Jackson Heights.

May 17, Drawing from a Distance, 7:30 pm. This workshop examines scenes from fixed-perspective films that feature spaces in The Noguchi Museum where light shifts and nature actively interacts with sculpture. Learn introductory drawing techniques and then settle into a flow while creating a long sketch.

May 18, Discover the Pantanal Jaguar, 7:30 pm. During this Queens County Bird Club zoom, Abigail Martin talks about the Jaguar Identification Project, which uses citizen science and remote camera traps to study the ecology and behavior of a large population of jaguars found in the Porto Jofre region of the Brazilian Pantanal. Over the past six years, this noted zoologist has recorded 179 different jaguars and more than 2,500 hours of wild jaguar observations.

May 19, Useless Architecture, May 8, 2022. This exhibition of around 50 works explores ways that Isamu Noguchi used formal vocabularies of architecture to reimagine a social purpose for sculpture. The Noguchi Museum, 9-01 33rd Rd., LIC.

May 20, Literary Thursdays: The Sun and Her Stars, 4 pm. Queens Public Library chats with Donna Rifkind, who has just written a book on actress-turned-screenwriter Salka Viertel, who left Berlin in 1928 and went on to work for Hollywood luminaries. She befriended international superstars and as Nazism spread across Europe, she poured herself into the refugee cause.

May 20, Time Capsule: A Physical Documentary, 8 pm. Valerie Green/Dance Entropy premieres in-person and virtual screenings of this film consisting of eight solos that physically trace emotional experiences of the COVID pandemic, woven together with a score of vocal reflections and incidental sound from the diverse sampling of New York City landscapes in which each dancer was filmed. Green Space, 37-24 24th St., Ste. 211, Long Island City. 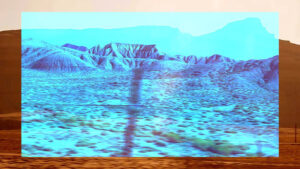