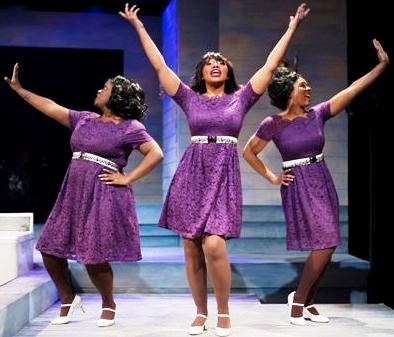 It’s another “Pity Amazon” week with fantastic fun all around the borough. Staples like live music, dance, and theater get some serious enhancement with nerd comedy, art tours, plenty of food, a book festival, and even a 50th anniversary fete of the moon landing.

May 18, Open Studios, May 19. Hundreds of artists open their studios from noon to 6 pm as part of LIC Arts Open’s annual program at various venues, including The Factory, The Plaxall, Raw Gallery, and The Secret Theatre.

May 18, Stand-Up for Science, 7:30 pm. A brainy comedy night with local scientists telling jokes for the first time ever as part of a nationwide outreach program that turns scientists into engaging speakers through training in comedy writing and performance. New York Hall of Science, 47-01 111th St., Flushing Meadows Corona Park.

May 18, John Singleton Memorial, 2 pm. The Black Filmmaker Foundation and the Black Film Critics Circle honor Singleton, who died on April 28. He was the first African American filmmaker—and the youngest director, at age 24—to be nominated for an Academy Award for Best Director for his 1991 debut “Boyz in the Hood.” Film experts present and discuss scenes from this film, followed by a panel discussion. Museum of the Moving Image, 36-01 35th Ave., Astoria’s Kaufman Arts District.

May 18, Bell Boulevard History Crawl, noon. Historian Jason D. Antos leads a journey through numerous points of interest along Bell Boulevard in Bayside. The stroll begins at the Cobblestone House at 36th Avenue and ends at the LIRR station.

May 18, Curator’s Tour, 1 pm. Senior Curator Dakin Hart leads a stroll through the exhibition “Changing and Unchanging Things: Noguchi and Hasegawa in Postwar Japan,” which has almost 90 pieces stemming from the brief-yet-consequential friendship between Isamu Noguchi and Saburo Hasegawa. The Noguchi Museum, 9-01 33rd Rd., LIC.

May 19, Bell Blvd Food and Music Fest, 2 pm to 6 pm. Pay $30 and sample from more than 35 restaurants on Bell Boulevard between 38th and 43rd avenues and on 41st Avenue. Cuisine options include Cajun, Chinese, French, Greek, Indian, Italian, Japanese, Korean, Tex-Mex, and Vietnamese.

May 19, From Ruin to Rebirth, 2 pm. Historian R. Scott Hanson discusses the transformation of Flushing and Flushing Town Hall between 1979, a period of urban decline, and the 1990s, when Flushing was one of the most diverse places on the planet. A walking tour follows. Flushing Town Hall, 137-35 Northern Blvd.

May 19, Sacred Sites, noon. Jack Eichenbaum, the official historian of Queens, leads a tour of religious institutions in Flushing and discusses the neighborhood as the birthplace of religious freedom in the U.S. The tour starts at the Quaker Meeting House, 137-16 Northern Blvd., and ends at St. Michael’s R.C. Church, 136-76 41st Ave.

May 22, What If?: A Guy Named Joe, 2 pm. This eight-week series shows films from various eras that look at altered time and space. Mark Ethan Toporek, a member of The Actors Studio, introduces each movie and leads post-screening discussions. This week’s film is the 1943 classic “A Guy Named Joe,” which stars Spencer Tracy as a World War II bomber who dies in an attack. He returns to earth as another pilot’s guardian angel, while a girlfriend thickens the plot. Queens Museum, NYC Building, Flushing Meadows Corona Park.

Continued from the previous week

Relic, or, I Was Bubbie’s Favorite, until May 19. This comedy explores celebrity, religion, and idolatry. An out-of-work actor finds one of the world’s greatest relics in his grandmother’s attic, giving him fame and fortune. He quickly discovers it’s not all fun and games. Queens Theatre, 14 United Nations Ave. S., Flushing Meadows Corona Park.

The First Transatlantic Flight, until June 2. The Queens Historical Society, the Rockaway Artists Alliance, and City Council Member Eric Ulrich celebrate the 100th anniversary of the first aircraft to fly across the Atlantic Ocean. The U.S. Navy Seaplane NC-4 was assembled and took off from the Rockaway Naval Air Station on May 8, 1919. This display features storyboards on the epic flight. Studio T-7 Gallery, Fort Tilden, Rockaway Point.

Caroline, or Change, until May 25. This musical combines spirituals, blues, Motown, classical music, klezmer and folk. Set in Louisiana in 1963, it explores social change via a friendship between a Jewish boy and his family’s African-American maid. Shows are Thursdays and Fridays at 8 pm and Saturdays at 2 pm and 8 pm. The Broccoli Theater at the Variety Boys & Girls Club of Queens, 21-12 30th Rd., Astoria.

Queens of the Night: Reinas de la Noche, until May 19. This LGBTQ musical is back by popular demand with the special collaboration of transgender artist Pamela Sue Martin directly from Colombia. Fridays and Saturdays at 8 pm; Sundays at 4 pm. Thalía Spanish Theatre, 41-01 Greenpoint Ave., Sunnyside. 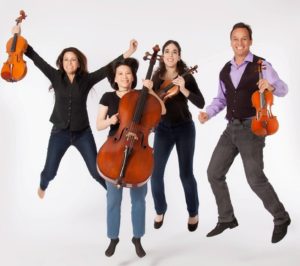