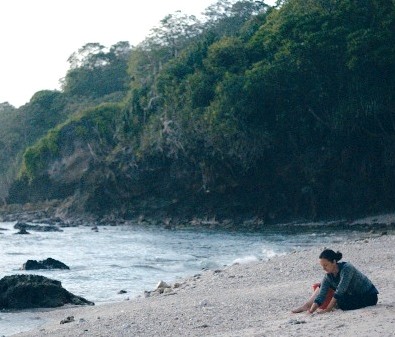 The film that won Best Documentary at the 2018 Tribeca Film Festival is currently on a world tour. It starts a limited engagement in Queens – its only stop in NYC — this weekend.

The Museum of the Moving Image will screen “Island of the Hungry Ghosts” a total of 14 times between Friday, March 8, and Sunday, March 17.

This debut by up-and-coming Australian/British director Gabrielle Brady follows Poh Lin Lee, a trauma therapist who works with asylum seekers in a high-security detention center in the Australian territory of Christmas Island.

Located in the Indian Ocean off the coast of Indonesia, Christmas Island is an idyllic paradise in many ways. Pristine beaches. White sand. Clear water. Tremendous nature, especially the breath-taking, ancient migration of crabs that travel by the millions from the jungle to the ocean, motivated by the cycles of the moon.

However, it’s also the home of a no frills detention center that has operated since 2008 with a brief shutdown in 2018.

Brady juxtaposes scenes of Poh Lin and her family as they explore the island’s beauty with takes of her dealing with desperate clients who want to live in Australia. Then there are the moving crabs versus the stuck humans. All the while, locals carry out their “hungry ghost” rituals for the spirits of those who died without a burial. According to legend, they remain lost and wandering throughout the jungle.

General admission is $15. The Museum of the Moving Image is located at 36-01 35th Ave. in Astoria’s Kaufman Arts District. 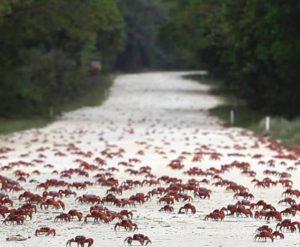