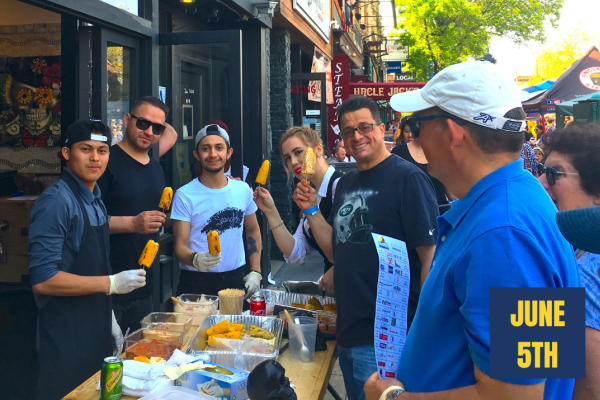 Tickets are $35, and more than 35 restaurants will offer samples of their cuisines on Bell Boulevard in the vicinity of 38th Avenue. (Math is hard, but each sample costs less than $1.) Children under age 12 can attend for $15 each, and same-day tickets –which are ill-advised — cost $45 ($20 for youngsters).

For those on diets, the event has many free activities, too, such as live music on every block, dancers, aerialists, and other performers. Pick-up games of mini-golf, beach ball volleyball, and ping pong will take place throughout the afternoon, along with crafts, clowns, and other forms of family entertainment.

Let’s get back to the food.

Bell Blvd Food & Music Fest’s restaurant stroll is rain or shine; some of free activities might be cancelled is the weather is bad. 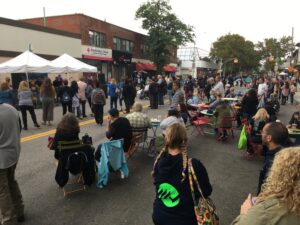