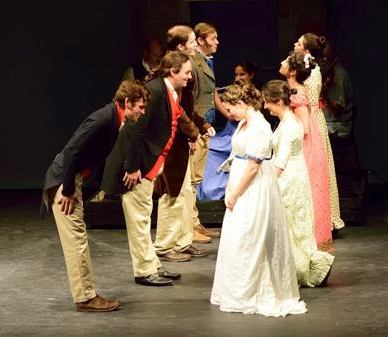 Make something special for your loved ones while listening to a 19th century tale of class, marriage, romance, and wealth.

The King Manor Museum will host Valentine’s Day Crafting with Jane Austen from noon to 5 pm on two consecutive Saturdays: Feb. 1 and Feb. 8.

The plot is complex, but the rules are simple. Artists and literature lovers will gather at the historic house to share fellowship as they crochet, embroider, knit, quilt, weave, and so on. At the same time, volunteers will read Jane Austen’s 1817 novel “Persuasion” in 15-minute sessions.

Attendance is free, but let’s be honest, this is priceless.

Jane Austen (1775-1817) was a prolific writer who’s best known for “Sense and Sensibility” and “Pride and Prejudice.” Her novels depict aristocratic English society with plots that explore marriage as the way for women to achieve financial security and social standing. Her social commentary is often enhanced by irony and humor.

Published about six months after her death, “Persuasion” is Austen’s final completed novel. The protagonist is Anne Elliot, a 27-year-old woman whose upper class family has financial problems. They rent their family estate to a navy admiral and distinctively British hilarity ensues as Anne re-encounters a former flame. She had declined his wedding proposal eight years earlier because he was poor and offered an uncertain future. Now he’s rich, but she’s old by the day’s standards. (Plus, there are love triangles, family disputes, and untrustworthy people in the mix.)

King Manor Museum lies in the vicinity of 89th Avenue and 153rd Street inside Rufus King Park in Jamaica. Rufus King (1755-1827), the youngest signer of the United States Constitution, and his descendants lived there from 1805 to 1896. The three-story, three-chimney mansion with clapboard windows is now a museum that was added to the National Register of Historic Places in 1974. 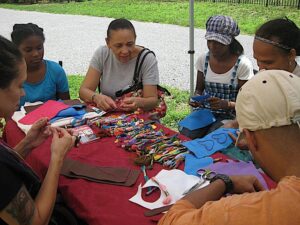