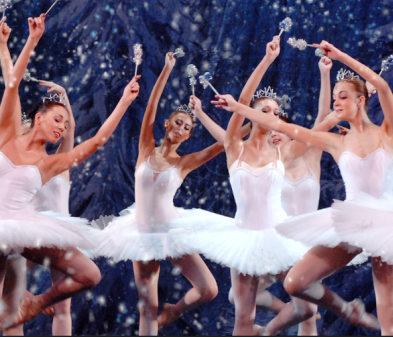 It wouldn’t be the holiday season without a handsome prince, toy soldiers, and an army of mice. Sugar plum fairies are important, too.

The National Ballet Theatre of Odessa will present “The Nutcracker” at Queens College’s Colden Auditorium on Saturday, Dec. 15, at 7 pm.

Led by former Moiseyev dance company soloist Nikolay Anokhin, this troupe will do all the traditional choreography for familiar pieces such as “Waltz of Flowers,” “Dance of the Sugar Plum Fairy,” and “Waltz of the Snowflakes.”

Of course, they will move and groove in enchanting, colorful costumes around lavish sets and dancing snowflakes as they present two acts with an epilogue.

Tickets run from $23 to $42 with four-pack deals for rear orchestra seats that range from $72 to $128. Students with CUNY ID can get 10 percent discounts.

“The Nutcracker” is based on a German story, “The Nutcracker and the Mouse King,” which E.T.A. Hoffman wrote in 1816. It was adapted into a ballet in 1892 with Pyotr Ilyich Tchaikovsky composing the score. The story varies with each production, but the basic plot is a fantasy involving a little girl whose imagination takes her on a journey with a prince through a magical forest to the Land of Sweets. An evil mouse king, Mother Ginger, flute-playing Danish shepherdesses, and tremendous dancers are part of the tale.

Colden Auditorium is on Reeves Avenue in the vicinity of Horace Harding Expressway and Kissena Boulevard in Flushing. 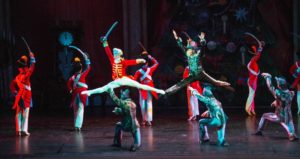