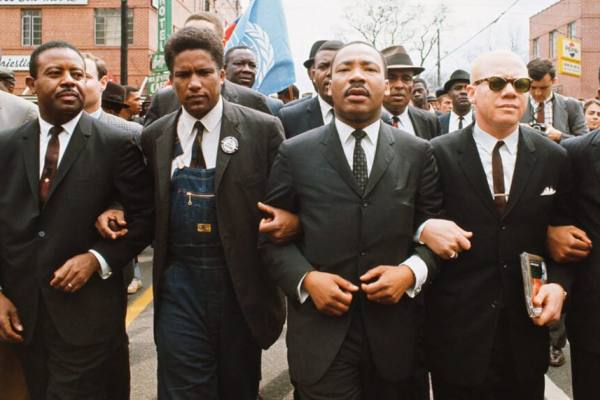 Martin Luther King Jr. gave many famous speeches in his life, including one at Queens College (QC) on May 13, 1965.

During this 40-minute address, the Civil Rights leader honored Andrew Goodman, who had been murdered by Ku Klux Klan members in Mississippi less than a year earlier. The QC student, age 20, had ventured south to register African American voters as part of the Freedom Summer Project of 1964.

Reverend King recognized Goodman’s sacrifice, opining that his activism helped galvanize support for the Voting Rights Acts of 1965 and avowing that his “creative witness will certainly live for generations yet unborn” and “his death was not in vain.”

The Baptist minister also discussed barriers to employment opportunities for African Americans, the power of non-violence, and his belief that delinquency is related to poverty and disillusionment, not race. He asked those present to love the criminal, but hate the crime.

Highlights from this speech are featured in QC’s annual MLK Day celebration, The Time is Now: Forward!, on Sunday, Jan. 17, at 3 pm. The free, virtual program includes dance, music, spoken word, and a post-show panel discussion.

President Frank H. Wu and Student Association President Zaire Couloute will host the event, which will honor Reverend King’s legacy and connection to student activism and engagement. Borough President Donovan Richards, who is the first African American male to hold this office, will offer the opening remarks. Then the program is as follows.

Alita Moses, a virtuoso vocalist, sings a selection she composed specifically for the event. In addition to working with a long list of household names in the Jazz and Pop worlds, Moses was part of Louis Armstrong House Museum’s recent Armstrong Now creation.

QC streams a video on the Flushing school’s history of activism.

Editor’s note: James Chaney and Michael Schwerner were murdered along with Goodman. They weren’t affiliated with QC. 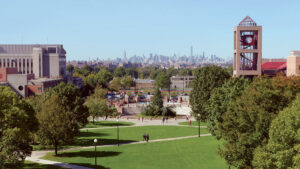