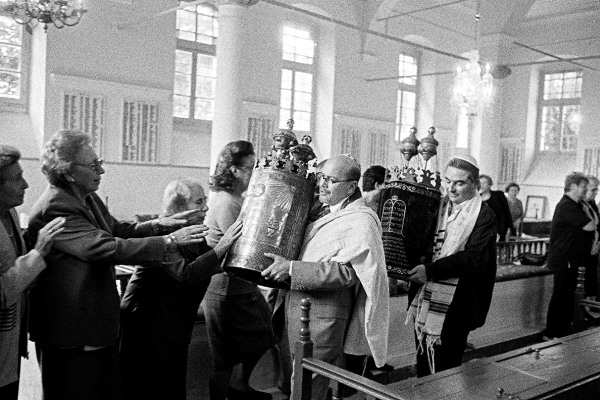 Queens College commemorated International Holocaust Remembrance Day (aka Jan. 27) by sharing a stunning exhibition on one of the world’s oldest Jewish communities and its connection to New York City.

With videos, text, and more than 100 images, Romaniote Memories, a Jewish Journey from Ioannina, Greece, to Manhattan: Photographs by Vincent Giordano explores this unique community in 10 thematic sections that look at everything from art to celebrations to religious rites.

The free display is currently available online, and a virtual opening reception is set for Thursday, Feb. 11, at 5 pm. It’ll include a conversation with the curator, organizers, and guests. Click here to register.

Ioannina is located near the Albanian border in northern Greece. Romaniote Jews, whose traditions date to ancient Rome, have lived in the village since the Eighth Century, according to reports. Their mother tongue is largely Greek with words and phrases from Hebrew and Turkish.

To escape persecution, political upheavals, and economic instability, an estimated 2,000 Romaniotes (about half of the entire population) fled to Manhattan’s Lower East Side between 1902 and 1924. They completed construction of the Kehila Kedosha Janina Synagogue on Broome Street in 1927, when other area temples catered to Yiddish-speaking Askhenazi and Spanish-speaking Sephardic Jews. (Today, the NYC Landmark is the group’s only representation in the Americas.)

Meanwhile, those who stayed faced tremendous oppression. More than 80 percent of Greece’s Jewish population died during the Holocaust. Of the 1,960 Jews who were deported from Ioannina to the Auschwitz concentration camp, only 110 survived. Thus as of 2019, only a small number of Romaniote Jews lived in Ioannina and spoke the language.

The Brooklyn-born Giordano knew little about Judaism when he made an unplanned visit to Kehila Synagogue in 1999. Instantly enthralled, the seven-time Clio Award winner started taking photos in an effort to document the fading community.

“What I heard and saw there made an indelible impression upon me,” he once shared via a statement. “I listened with great interest and sadness to the story of the Romaniote’s forgotten place in Jewish history. I wondered how a community and its culture wither away and vanish…which forces are at work, and which are not? I began to photograph and document the synagogue and the community. This effort was transformed into an incredible personal journey of discovery, filled with wonderful people, interesting experiences, and fascinating places. As I explored and probed deeper, I discovered this story is much larger than the synagogue on Broome Street, that it reaches far into the past…to the rich history of the Jews in ancient Greece and the Byzantine Empire…and the devastation of the Holocaust.”

Giordano died in 2010. Nine years later, his family donated his archives to Queens College’s Hellenic American Project, which documents the Greek presence in the United States via a research facility, archive, library, and museum.

Romaniote Memories is curated by International Survey of Jewish Monuments President Samuel Gruber and designed by Annie Tummino from Queens College’s Benjamin S. Rosenthal Library. Renee Pappas is the executive producer of the exhibition, which has received letters of support from the Embassy of Greece, Washington, DC; the Greek Orthodox Archbishop of North America; B’nai B’rith; the American Hellenic Educational Progressive Association; and Fulbright Greece. 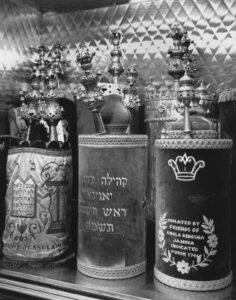