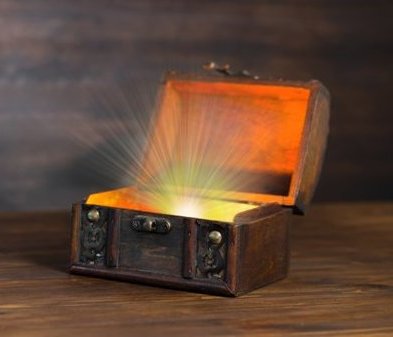 Queens Theatre presents “Relic, or, I was Bubbie’s Favorite by Joel Feinman” nine times between Friday, May 10, and Sunday, May 26.

This outrageous comedy explores celebrity, idolatry, religion, and coping with one’s inheritance via an out-of-work actor who finds one of the world’s greatest relics in his grandmother’s attic in Rego Park. (Without giving it away, the relic relates to a Jewish ritual involving a baby boy about 2,000 years ago.) The discovery gives him the fame and fortune that he always coveted, and it’s all serendipity at first. Then he discovers that big bank brings big bummers.

Performances are on Fridays at 8 pm, Saturdays at 2 pm and 8 pm, and Sundays at 3 pm.

“While shocking at times, it is also a heartwarming story about family, tradition, celebrity and a young man’s coming into his own,” Queens Theatre Executive Director Taryn Sacramone stated. “It is also chock full of laughs, stemming from the excellent writing of Lojo Simon, Will Pomerantz’s brilliant direction and, of course, the comedic acting of Adam Green.”

Green is the only actor, but he portrays 17 characters. Affiliated with the Shakespeare Theatre in Washington D.C., Green has premiered various new works and appeared at numerous off-Broadway and regional theaters.

The playwright, Simon, tends to create expressionistic plays that explore human struggles with soul, identity, place, and purpose. But she also writes comedies like “Relic,” which she developed through Queens Theatre’s New American Voices Reading Series last year. The program gives audiences the opportunity to participate in the development process through readings and feedback with playwrights, directors, and actors.

Pomerantz has directed and developed new plays and musicals with such theaters as The Guthrie, New York Theater Workshop, The Kennedy Center, and Williamstown Theatre Festival.

“Relic” shows in the Studio Theatre at Queens Theatre, which is located at 14 United Nations Ave. S. inside Flushing Meadows Corona Park. There is free parking in a nearby outdoor lot. Plus, a free shuttle runs to and from the venue and the 7 train’s Willets Point/Citi Field station before and after the shows.