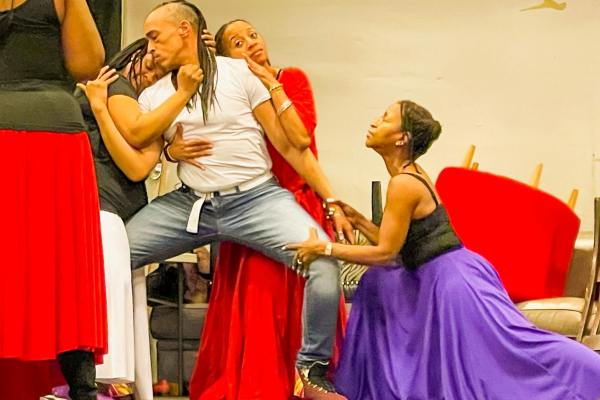 With a population of about 20 million, the Yoruba are one of the largest ethnic groups in Nigeria with sizable communities in Benin and Togo. During the Transatlantic Slave Trade, many Yorubas were taken to the Americas, especially Cuba, where their culture mixed and synchronized with others.

Learn more while being entertained when Black Spectrum Theatre presents OYA from Friday, May 20, through Sunday, May 29.

Playwright Baba David Wright’s new work is a spirited dance-drama that explores Yoruba traditions and rituals, mostly through song and dance. (The word “oya” refers to one of the Yoruba religion’s primary deities. A warrior queen, she’s the goddess of thunder, tornadoes, and other heavy storms.)

OYA tells the story of Yoruba orishas (spirits) sent by the supreme creator to assist humanity and teach them to be successful on earth. The show also gives the uninitiated (Alejo) and the initiated (Awo) insight and understanding of the religion while examining female power.

Born in Brooklyn as David D. Wright, the playwright has written a series of dance-dramas based in African traditions. He has been initiated as a male Yoruba priest or Babalorisa (Father in the Spirit). He’s also a retired 22-year NYPD veteran and owner of the Orisha Tales Repertory Radio Theatre Company.

Located in the vicinity of 177th Street and Baisley Boulevard within Roy Wilkins Park in Jamaica, Black Spectrum has seating for about 325 attendees. All theater-goers must be vaccinated and masked for these shows. 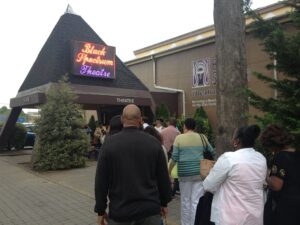