#PickoftheWeek | MoMI Re-Opens: Great Films and Exhibitions Are Back! 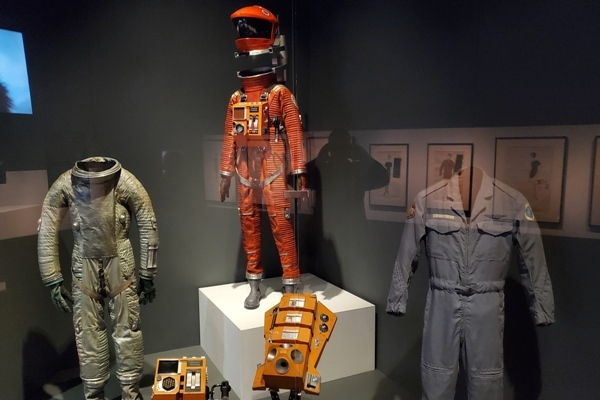 The Museum of the Moving Image is open for business! Movies, exhibitions, and snacks in a lovely café, too.

The venerable venue, which is located at 36-01 35th Ave. in the Astoria’s Kaufman Arts District, kicks off its post-COVID programming with a multi-tiered celebration of Stanley Kubrick.

First, Envisioning 2001: Stanley Kubrick’s Space Odyssey is back in the upstairs Changing Exhibitions Gallery. With original artifacts, costumes, test films, and other items, this show tells the story behind the Bronx-raised director’s epic 2001: A Space Odyssey. Visitors can marvel at a space suit worn in the Clavius Base scene and the Moonwatcher ape suit worn by Dan Richter in the Dawn of Man scene. They can also check out Special Photographic Effects Supervisor Douglas Trumbull’s concept sketches and photographs related to the Stargate special effects sequence.

The display will be enhanced by weekly screenings of 2001: A Space Odyssey, including Sunday matinees of the 4K digital restoration and a 70mm screening every other Friday in the Sumner M. Redstone Theater, which has undergone a deep-cleaning and has new systems in place to ensure the safety of visitors and staff.

The director cannot be defined by one movie, though, so MoMI will also present a retrospective, Complete Kubrick, with some of his other gems. Here’s the schedule.

Dr. Strangelove: or How I Learned to Stop Worrying and Love the Bomb screens on Sunday, May 2, at 4 pm and Friday, May 7, at 6:30 pm. Kubrick reinvents the nuclear suspense thriller in this absurdist comedy starring Peter Sellers and George C. Scott.

Lolita shows on Saturday, May 8, at 4 pm and Sunday, May 16, at 4 pm. Kubrick turns Vladimir Nabokov’s eponymous 1955 novel about a professor’s obsession with a beautiful teenager into a dark social comedy with James Mason, Shelley Winters, and Peter Sellers.

Watch A.I. Artificial Intelligence on Sunday, May 9, at 4 pm and Saturday, May 15, at 1 pm. The 2001 film is actually Steven Spielberg’s production of Kubrick’s unrealized science-fiction dream project. Starring Haley Joel Osment, Jude Law, and William Hurt, this high-tech Pinocchio tale follows a robot child on a quest to become a real boy after being abandoned by his adopted parents.

The Killing rolls on Friday, May 21, at 6:30 pm and Saturday, May 29, at 4 pm. Kubrick and pulp-fiction legend Jim Thompson co-wrote this darkly comic thriller about a racetrack heist gone awry with Sterling Hayden, Coleen Gray, and Vince Edwards.

Paths of Glory runs on Friday, June 4, at 6:30 pm and Saturday, June 12, at 4 pm. Kirk Douglas is the wholly virtuous hero in this bleak anti-war drama about the abuse of military hierarchy during World War 1.

“After more than 13 months of exile, we’re grateful and excited to be back in the Redstone Theater to project and watch films again,” said MoMI Curator of Film Eric Hynes. “While private viewings and small screens have gotten us through this dark year, nothing beats gathering to view movies on the big screen, and few screens are as glorious as the Redstone’s.”

Editor’s note: Other popular MoMI series, such as What a Way to Make a Living: Women in ’80s Hollywood and See It Big: The Return! have also returned. 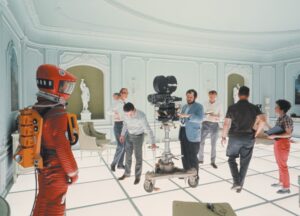