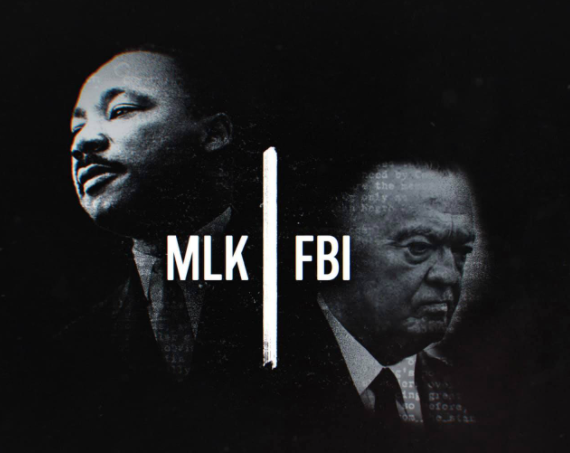 Martin Luther King Jr., whose legacy is as strong today as it was when he was assassinated in 1968, needs no introduction.

The Museum of the Moving Image uncovers some unpleasant aspects of the Civil Rights leader’s life via MLK/FBI with Discussion, on Tuesday, Feb. 23, at 7 pm.

The special Black History Month program begins with a screening of the 2020 documentary MLK/FBI, followed by a live conversation with the director, Sam Pollard, and a moderator, Emmy-winning director Jamila Wignot.

The 102-minute MLK/FBI, which won Best Documentary at the 2020 San Diego International Film Festival, explores FBI Director J. Edgar Hoover’s surveillance of King and his movement during the 1950s and 1960s. (National Archives has tapes of related wiretaps and bugs that will be available to the general public in 2027.)

Unfolding mostly in chronological order, the powerful film mixes footage of King’s activities with interviews, images of FBI documents, and scenes from propaganda movies made by law enforcement agencies. King is not portrayed as a saint as his alleged adultery is a main theme, but viewers are immersed in the multi-faceted campaign to discredit the preacher that included President Lyndon B. Johnson and other members of the power structure.

The prolific Pollard (below) co-directed Eyes on the Prize, the multi-episode PBS documentary on the Civil Rights movement that was nominated for an Oscar in 1987. He won an Emmy for By the People: The Election of Barack Obama in 2010. He also collaborated with Spike Lee on such works as Mo’ Better Blues, Jungle Fever, and Clockers.

Wignot, the moderator, also has her fair share of awards — Emmy, Peabody, NAACP Image. Her newest documentary, Ailey, premiered at the 2021 Sundance Film Festival. True to its name, this work focuses on African-American dancer and choreographer Alvin Ailey and the Manhattan-based company that bears his name. 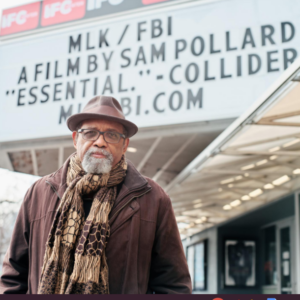