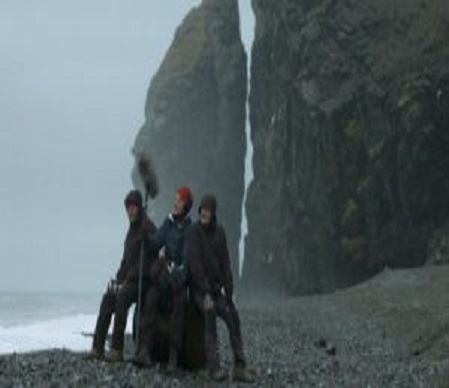 Romance, oppression, and whales are about to visit Queens…from Eastern Europe.

The Museum of the Moving Image has joined forces with Polish Cultural Institute New York to stream Docs Against Gravity NYC from Wednesday, Dec. 9, through Wednesday, Dec. 16.

The week-long program is adapted from Poland’s largest film festival, Millennium Docs Against Gravity, which goes on in seven cities — Warsaw, Gdynia, Wrocław, Katowice, Bydgoszcz, Lublin, and Poznan — at the same time. (The 17th annual version took place in September and early October this year.)

Exclusive on MoMI’s online screening platform, Docs Against Gravity NYC will present five recent highlights from MDAG along with live online discussions with participating filmmakers. Individual movies cost $5, while a series pass is available for $20.

Here are short descriptions of each selection.

The United States premiere of In Touch (2018, 61 minutes). This look at 21st-century correspondence centers on young people who have left their tiny Polish village for Iceland in search of opportunities. Director Pawel Ziemilski amplifies their dependence on apps like Skype to talk to friends and family by mixing room-filling projections of their video conferences with Icelandic and Polish spaces, fostering a sense of teleportation. In Touch won a Special Jury Award for Mid-Length Documentary at the 2018 IDFA Documentary Festival and was nominated for Best Documentary at the 2020 Polish Film Awards.

Lessons of Love (2019, 73 minutes). Directors Malgorzata Goliszewska and Kasia Mateja follow Jola, who raised six children and endured a marriage to an abusive, alcoholic husband. Later in life, she goes her own way, spending more time in Italy than her native Poland, hanging out with girlfriends, dancing in nightclubs, taking singing lessons, and finding love with Wojtek, who treats her like a queen. Lessons of Love won Best Film on Psychology at MDAG 2020.

Symphony of the Ursus Factory (2018, 60 minutes). One of the largest producers of agricultural machinery in Europe, the Ursus Factory symbolized a thriving Polish industry for nearly a century. But when the Communist government collapsed in the early 1990s, the Warsaw behemoth went with it, derailing the careers of thousands of employees. In this documentary, a team of filmmakers, choreographers, and composers partner with former workers to reanimate the factory’s ruins. Symphony of the Ursus Factory was nominated for Outstanding Achievement in a Debut Feature Film and Outstanding Achievement Original Score at the 2020 Cinema Eye Honors. It was also nominated for Best Documentary at the 2020 Polish Film Awards.

The New York premiere of The Whale from Lorino (2019, 59 minutes). Chukotka is a hardscrabble town on the northeastern coast of Siberia where winter runs for 10 months a year. It’s also home to the whale-hunting Chukchi, one of the region’s oldest indigenous tribes. Director Maciej Cuske depicts their fight to maintain community, traditions, and a way of life in the face of dwindling natural resources and the indifference of the Russian authorities. The Whale from Lorino won the Polish Competition Prize for the Best Production at MDAG 2020.

“This series serves a dual purpose of recognizing the vital work of Millennium Docs Against Gravity, an ascendant annual showcase for contemporary nonfiction, and spotlighting excellent new documentaries by Polish filmmakers, all recent standouts of the festival,” stated MoMI Curator of Film Eric Hynes. “The legacy of Polish nonfiction is long and consistently dynamic, and continues with these five formally diverse films.” 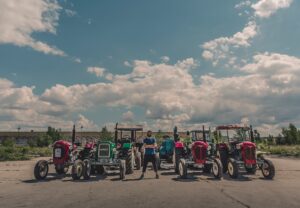 Images: The Whale from Lorino (above); Symphony of the Ursus Factory (below)