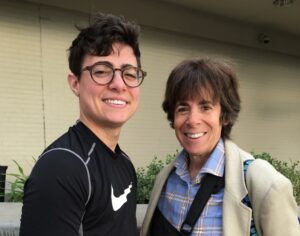 About 30 years ago, Jo Ivester gave birth to a baby girl named “Emily.” Fast forward to the present, and she’s the proud mother of a transgender son named “Jeremy.”

She’ll discuss her journey and her new book, Once a Girl, Always a Boy, via Commonpoint Queens on Thursday, Oct. 22, at 7:30 pm.

The 2020 memoir reports on Jeremy’s childhood, struggles with coming out as transgender, and advocacy. It also chronicles the family’s struggles and final acceptance of his sexual identity from various viewpoints. (Jo has been married to Jon Ivester for almost 40 years. They have four children and five grandchildren.)

As a child, Jeremy (née Emily) was a short-haired tomboy who preferred clothes, games, and toys that are viewed as masculine. In high school, he showed no interest in flirting, and his parents suspected he was lesbian, while he wondered if he was asexual. At age 23, he surgically removed his breasts. A year later, he began taking hormones to lower his voice and allow him to grow a beard. At that time, he announced his new name and male pronouns.

Jo also wrote The Outskirts of Hope, a 2015 memoir based on her memories and her mother’s journals. She was 10 years old in 1967, when her Jewish family moved from a Boston suburb to a small, predominantly African-American town in Mississippi. Her doctor father directed a medical clinic, while her teacher mother got very involved in the Civil Rights movement.

Using her two books as guides, Jo frequently talks to a wide range of audiences — from small book clubs to entire schools — to make people more comfortable with those who are different from them in regards to gender identification, race, and sexual orientation. She also serves on the boards of Equality Texas, the Central Texas Regional Office of the Anti-Defamation League, and the Texas chapter of GLSEN (Gay, Lesbian and Straight Education Network). 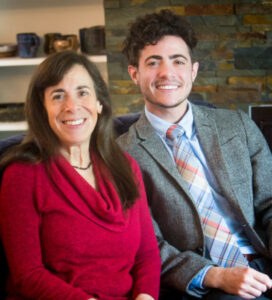