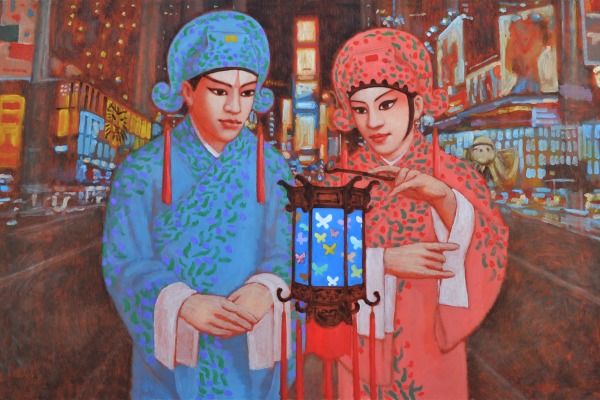 Queens Museum will start with Introduction to Eco-printing on Saturday, Oct. 16, around noon. Dani C.Song, who founded the indie design label XSILK, will lead this 2.5-hour workshop on natural, plant-based dying techniques.

At 1 pm, the Michael Gallant Trio will mix Propulsive Rock, Improvisational Jazz, and Romantic Harmonies as audience members create visual art in response to the music. The results might end up in upcoming video.

At 3 pm, the art collective Kaleidospace will offer Afro Indigenous Colombian dance fusion along with Andean music, poetry about Divine Femininity and Mother Nature, and visual art about unheard stories within families of color.

Then on Sunday, Oct. 17, Queens Museum will move the fun to Elmhurst’s Moore Homestead Playground, which lies in the vicinity of Broadway, 45th Avenue, and 82nd Street.

At 2 pm, Paolo Javier will read poetry to celebrate the publication of O.B.B. (aka The Original Brown Boy). Lynne Sachs will debut Swerve, which adapts poems from Javier’s book. It’ll play as a video installation inside of HK Food Court, 82-02 45th Ave., from noon to 6 pm.

Queens Theatre, 14 United Nations Ave. S., will begin with a screening of The Series on Oct. 16 at 2 pm. This brash comedy follows three Asian American Queens natives as they struggle to make ends meet while realizing adulthood is harder than their immigrant parents said it’d be. One of the actresses, Cindy Chu, will be present.

At 2:30 pm, the Steve Cimino Quartet will show the link between Jazz and musical theater of the 1920s through the 1970s. The audience can expect songs by George Gershwin, Cole Porter, Leonard Bernstein, and others.

Carmen Meets Lola, a fusion of opera and jazz with vocalist Melisa Bonetti and pianist Hyungjin Choi, will start at 4:30 pm.

Confessions of a Lens, which uses film and photography to cover powerful moments from 2020, screens at 6 pm.

Kimberley Reyes — yes, the same one who’ll perform at Queens Museum — will lead a night of poetry and poetry films at 8:30 pm.

The interactive art installation Ready to Heal/Ready to Grieve unveils around noon.

Olga Lucia Torres reads from her debut memoir as part of the literary reading/performance Flying with Broken Wings at about noon.

Two narrative shorts by Naz Riahi — Sincerely, Erik and Andros in the City — screen at 5 pm.

Project Connect’s interactive Lindy Hop-influenced dance show Swing into the Past: A Night at the Savoy starts at 6:45 pm.

After the Cut, a hybrid artist talk and multimedia event with artists and activists who survived female genital cutting, is at 8 pm. 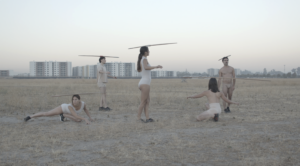