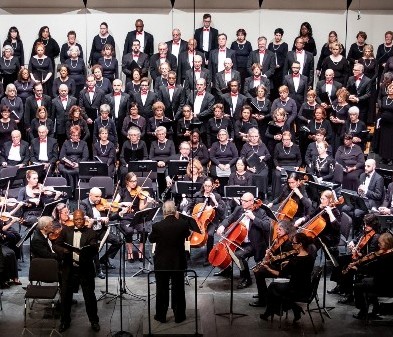 The music is heavenly.

The Oratorio Society of Queens and the Orchestral Ensemble of Queens will offer a Spring Concert in Forest Hills on Sunday, May 19, at 4 pm. They will perform Wolfgang Amadeus Mozart’s “Requiem,” Antonio Vivaldi’s “Gloria,” and Vivaldi’s “Concerto No. 1, Spring.”

A masterpiece of the Italian Baroque Period, Vivaldi’s “Gloria” was little known until its revival by Alfredo Casella in 1939. Since then, the sparkling and joyful piece has become a favorite with choruses and audiences worldwide. As to the other main attraction, Mozart actually died before finishing “Requiem” in 1791. A year later, Franz Xaver Süssmayr presented a completed version to Count Franz von Walsegg, who had commissioned the piece to commemorate his wife’s death.

The oratorio society and orchestral ensemble have more than 125 members who perform as per the conduction of David Close, who is also the music director at Our Lady Queen of Martyrs Church and the organist of Temple Am Echad in Lynbrook, Long Island.

Attendees can expect solo performances by Paula Jean Rocheleau, a soprano; Ginger Inabinet, a mezzo-soprano with a warm, velvety tone; Byron Singleton, a tenor with a romantic soul; and Nathan Bahny, a bass-baritone.

General admission is $40 in advance with other tickets priced at $35 for seniors (62+) and students with ID and $10 for children (12 and under) accompanied by an adult.

The event is scheduled to take place at Our Lady Queen of Martyrs Church at 110-06 Queens Blvd.