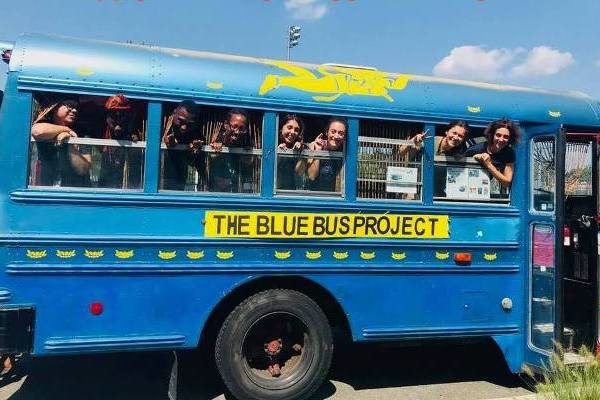 Here’s a great chance to show your love…for other people, Queens, the environment, and even the arts.

Dozens of volunteers will unite on the Long Island City Waterfront as part of The Blue Bus Project’s Love Where You Live Clean-Up Festival on Saturday, June 25, from 10 am to 5 pm.

Sounds like a lot of work, but it’s also a chance to do some good, meet local leaders, and learn about Blue Bus, a nonprofit that facilitates art events in underserved communities throughout NYC, but especially in Queens.

Italy-born multi-media artist Annalisa Iadicicco founded Blue Bus in 2016 to use art to enact social change. Since its inception, she has implemented more than 75 projects in public spaces, while also collaborating with countless social service agencies.

Most recently on June 15, Blue Bus unveiled the Bridging Communities Mural (below) on Fifth Street between 46th Avenue and 46th Road. Financed by the Citizens Committee for New York City, Queens Council on the Arts, and Plaxall, the mural celebrates the cultures and residents of Queensbridge, the largest public housing project in the United States, and nearby Hunters Point, one of the country’s fastest-growing neighborhoods. (Carla Torres created the piece after engaging youth, residents, and park-goers through informal conversations and focus groups.) 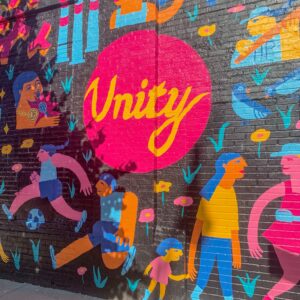 Blue Bus was also involved in The Heart Monument (below) at Hunter’s Point South Park. In fact, Iadicicco took the sculpture on an NYC Love Tour with her large, colorful motor vehicle in December 2021. 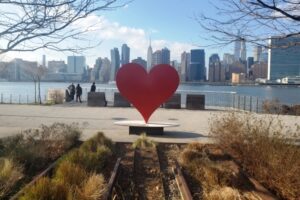