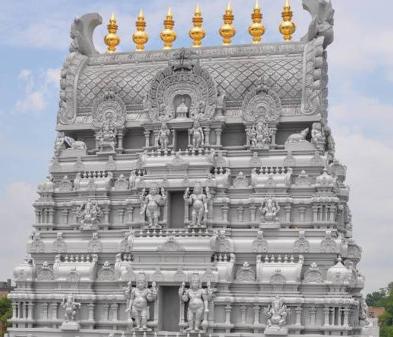 Take a multi-stop spiritual trip from the 17th century to the modern day without leaving one Queens neighborhood…or your climate-controlled living room.

The annual Sacred Sites tour through Flushing will take place virtually on Saturday, Aug. 8, from noon to 2 pm.

Representatives from some of the religious institutions will join Antos to discuss their sites’ histories and some present issues. For example, Bowne House researcher Kate Lynch will present a slideshow entitled “Flushing’s First Quakers: The Bowne House, The Fox Oaks and the Friends Meeting House.”

Attendance is free, but RSVP is recommended as there’s a maximum limit of 100 participants. Click here to register.

The first virtual stop will be the Quaker Meeting House (below), which is at 137-16 Northern Blvd. in the real world. Built in 1694, it’s the first house of worship in Flushing and New York State’s oldest structure in continuous use for religious purposes. It’s also the second oldest Quaker sanctuary in the entire United States. The property features a cemetery where such prominent individuals as Samuel Leggett, who founded the New York Gas Light Company and laid the first underground pipes in NYC, and John Murray Jr., who co-founded the Free School Society and the Society for the Manumission of Slaves, rest in peace.

The Ganesh Temple (above), which is located at 45-57 Bowne St., will be the final stop. Opened on July 4, 1977, it’s the oldest traditional Hindu worship center in the United States. Officially known as “Sri Maha Vallabha Ganapati Devasthanam,” the venue has granite stones imported from India and arranged as per Agama Sastras, which are ancient scriptures relating to temple building.

It should be a fascinating virtual trip. Historians consider Flushing to be the cradle of religious freedom in the United States. It’s where the Flushing Remonstrance, a 1657 petition to New Netherlands Director-General Peter Stuyvesant requesting freedom for Quaker worship, was created. (At the time, the Dutch Reformed Church was the only permitted religion in the city, and Quakers held clandestine services in the woods.) Due to heavy immigration from Asia over the past the decades, the area is now home to many new churches, temples, and mosques. 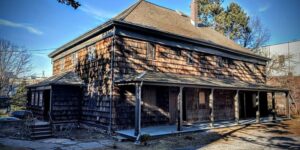