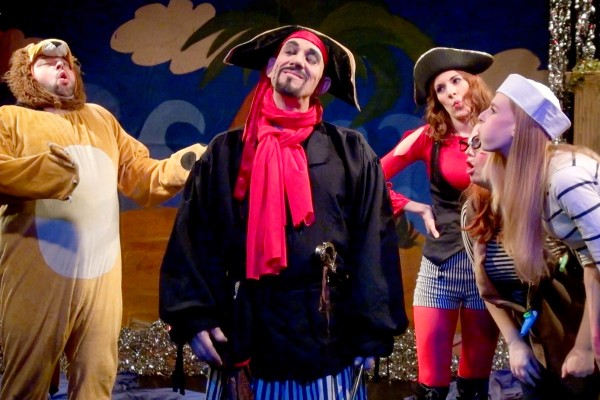 Poor Pirate Pete. His beloved parrot, Polly, has flown away. Plus, he owes rent to Barron Big-Butt.

Join the swashbuckler in his search for his feathered friend and fortune when The Secret Theatre presents Pirate Pete’s Parrot on Saturday, Nov. 26, at 2:30 pm.

Back by popular demand, this long-running children’s play mixes music, mischief, and mishaps. The audience is constantly involved as per the tradition of the pantomime shows that evolved in England in the 1700s.

The play follows the namesake, Pirate Pete, as he searches for Polly, who prefers pancakes to birdseed — and alliteration, too! On his journey, the audience meets other misfits, such the insufferably happy Jolly Roger and a vegetarian lion, while enjoying songs and sword fights.

As the plot develops, the characters interact with the public, asking for advice, sharing secrets, spinning rhymes, and cracking jokes.

Written and directed by Richard Mazda, Pirate Pete’s Parrot premiered in 2005. It took the stage every other Saturday for a while, when The Secret Theatre operated at 44-02 23rd St. in Long Island City. In 2020, Mazda, who’s also the owner, closed the facility, citing financial issues due mostly to the Covid pandemic.

Then in spring 2021, Mazda re-opened for performing arts classes at 50-12 and 50-14 Skillman Ave. in Sunnyside. Soon thereafter, he renovated a former art gallery at 38-02 61st St., creating the 60-seat auditorium where Pirate Pete’s Parrot will show on Nov. 26.

The Secret Theatre is one block north of the 7 train’s 61st-Woodside station. There’s street parking only. 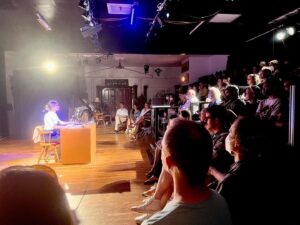