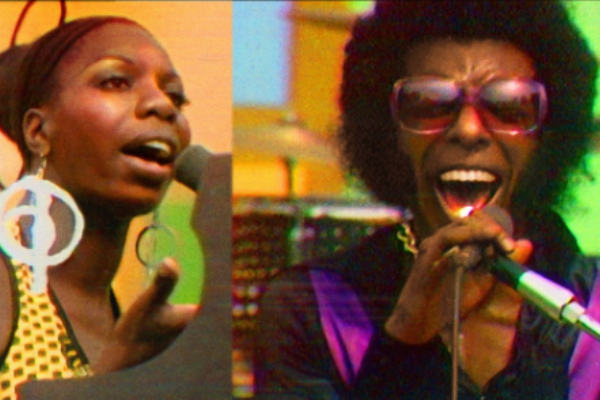 That’s right. About 115 miles southeast of Woodstock, the Harlem Cultural Festival unfolded in the public space now known as “Marcus Garvey Park” in Manhattan. Stevie Wonder, whose afro rivaled that of Jimi Hendrix, put on a mesmerizing show. Ditto for Gladys Knight & the Pips, B.B. King, Sly and the Family Stone, Nina Simone, and other stars.

Experience it via Summer of Soul (…Or, When the Revolution Could Not Be Televised), which screens at the Museum of the Moving Image’s Redstone Theater on Saturday, Jan. 15, at 7 pm.

Of course, music is front and center during this 2021 release, which won the Grand Jury Prize and the Audience Award at 2021 Sundance Film Festival. But the 117-minute documentary mixes the performances with interviews of surviving musicians and attendees, while adding anecdotes about the bands and their songs to explore Black history, culture, and fashion as well as a tumultuous year in United States history. (The Charlie Manson murders, the Altamont stabbing, the Kennedy Chappaquiddick scandal, President Richard Nixon’s inauguration, the revelation of the Mỹ Lai massacre, and the moon landing all happened in 1969.)

Even though it took place a few weeks beforehand, the Harlem Cultural Festival — six different shows over six weeks — didn’t receive as much media coverage as Woodstock. The recordings were basically forgotten until Ahmir Thompson, who’s better known as “Questlove,” got them.

Released by Searchlight, Summer of Soul is Questlove’s filmmaking debut. The front man for the Roots, the in-house band for “The Tonight Show Starring Jimmy Fallon,” Questlove also produces, acts, writes books and songs, and teaches as an adjunct professor at New York University’s Clive Davis Institute of Recorded Music.

Admission is $15 with discounts for members, seniors, students, and youth. Museum of the Moving Image is located at 36-01 35th Ave. in Astoria’s Kaufman Arts District. 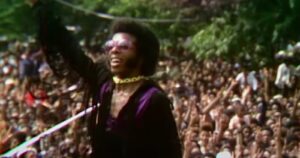