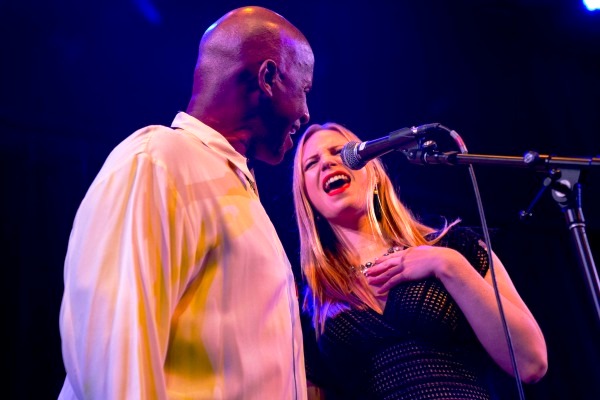 It’s simple. Musicians gather at Flushing Town Hall on the second Wednesday on the month and jam. Other enthusiasts show up to listen.

It’s been that way for years, but due to COVID, these sessions currently take place via FTH’s social media channels. They’re still live, though, and they still rock.

Scheduled for April 14 at 7 pm, the next Jazz Jam celebrates April, which is Jazz & Poetry Month. Led by sax virtuoso Carol Sudhalter and the house band, the event welcomes musicians to share their talents, lift spirits, and honor those who have died during the pandemic.

It’s free. Watch it live via FTH’s Facebook or Zoom.

To show off your chops, send an email to education@flushingtownhall.org and identify the three-to-four-minute song you intend to play. Only 15 musicians will be selected on a first-come, first-served basis. (There’s room for as many as five people who have previously performed.)

“I hear the same reaction from the 120+ musicians and singers who have participated,” stated Sudhalter, an Astoria resident. “Initial reluctance, followed by a feeling of ecstasy once they’ve done it; delighted to have had a project to focus on; happy at having learned something new; and an instant request to do it again asap.”