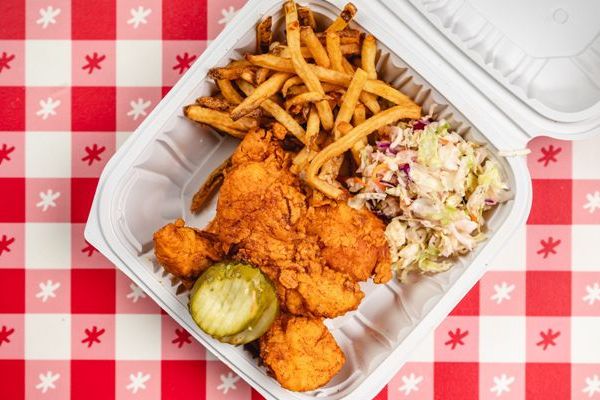 In a clear — and “multi-delicious” — sign that the Queens foodie scene is on fire, JACX&CO recently unveiled an outdoor patio and welcomed a Hot Chicken Takeover.

HCT is famous for Nashville Hot Chicken, which is marinated for 18 hours and fried-to-order with four heat levels. The fast-casual chain, which has a Southern theme although it launched in Ohio in 2014, also serves Ma’s Slaw (made with tangy vinegar, not mayo), Ma’s Sweet Tea, and Miss B’s Banana Pudding. Then, there are the “hand-punched” fries.

“We believe New Yorkers will fall in love with our generous portions and juicy, crispy, and perfectly spiced chicken,” stated HCT Founder Joe DeLoss. “We’re bringing some of our best items to this location.”

Located at 28-17 Jackson Ave. near Queens Boulevard in Long Island City, JACX&CO is Tishman Speyer’s bi-level, 1.2 million-square-foot food hall whose vendors reflect the borough’s diversity. In other words, HCT has some serious competition. Here are the other restaurants. Click on the links to place orders.

Then there’s The Bar at JACX&CO, which serves cocktails that pair with restaurants’ fare, as well as wine, cider, and craft beer.

JACX&CO is open daily from 11 am to 9 pm for indoor and outdoor dining, pick-up, and delivery.

Editor’s note: HCT practices “Fair Chance Employment” by striving to hire those whose personal stories include incarceration, homelessness, and addiction. 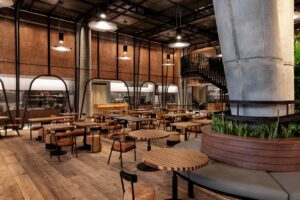