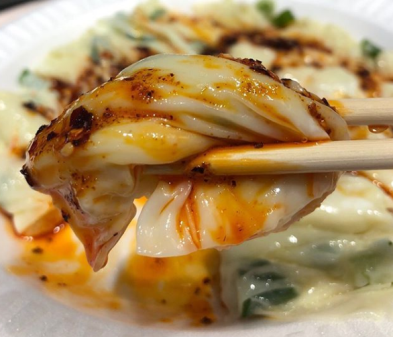 NYC has entered Phase Two of the COVID re-opening, and it’s time to celebrate with a feast, even if it must be virtual.

A documentary on phenomenal Flushing vendor Joe’s Steam Rice Roll will debut on the Museum of Food and Drink‘s YouTube channel on Friday, June 26, at 5 pm. A panel discussion on Flushing as a foodie destination will follow.

The film’s protagonist, Joe Rong, grew up in China, where he perfected the craft of making a Cantonese-style steamed rice noodle treat that can be filled with meat — shrimp, fish balls, pork, and beef are popular items– or veggies and his secret spice mix. Sounds easy, but he uses a stone mill to prepare the rolls from a rice batter to ensure a soft and chewy texture. (The mortar and pestle are behind the counter.)

Since launching in 2017, Rong has had such success that he has opened up shops in Chinatown (Canal Street) and the East Village (St. Marks Place) with another one planned for the Upper West Side (Amsterdam Avenue).

After the screening, the filmmakers Daniel Nalladurai and Helena Kincaid-Nalladurai, a married couple that runs the Flushing-based Sixty First Productions, will participate in a panel discussion moderated by Cathy Erway, author of the cookbook “The Food of Taiwan” and the memoir “The Art of Eating In.” Other scheduled panelists include Greater Flushing Chamber of Commerce Executive Director John Choe; MOFAD Executive Director Peter J. Kim; Museum of Chinese in America Associate Curator Andrew Rebatta; Eric Sze, a chef at Taiwanese restaurant 886; and local food writer and tour guide Joe DiStefano.

The event is free and open to the public, but please register here.

The documentary is part of “First Stop on the 7,” a series that explores immigrant entrepreneurship in New York City, highlighting personal stories of business owners and the hurdles they overcome to progress. More details as they arise. 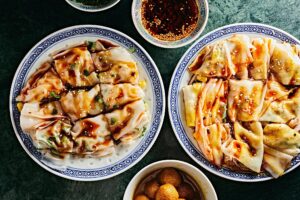