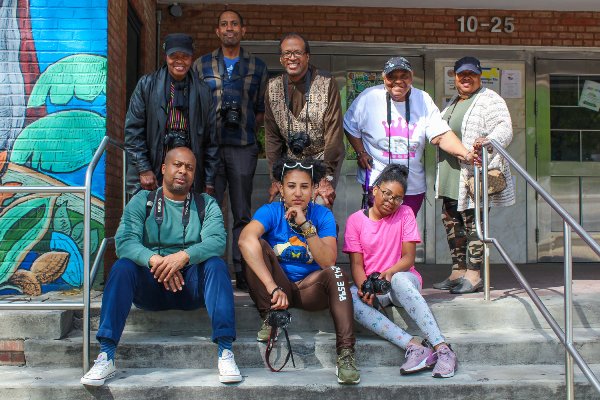 Just in time for Women’s History Month, a documentary on female Queensbridge residents makes its world premiere on Sunday, March 7, at 2 pm.

Commissioned by Queens Theatre, The Way I See Now explores the F-Stop Project, which brought more than 150 QBers to the Jacob A. Riis Neighborhood Settlement for free photography classes, weekend workshops, and special events in 2019. The schedule changed after the COVID pandemic hit New York City, but eight troopers still took online lessons and ventured outdoors to capture the world around them during the year-long program.

Their efforts resulted in an open-air exhibition at two local public spaces that Fall.

Only 10 minutes, The Way I See Now focuses on five participants: Nafisa Madhi, who has lived in QB for 64 years; Marilyn Jones, a 50-year QB resident; Karen Green, a 65-year resident; Victoria Heath, 44 years; and Shirley Mitchell, 40 years. They studied with Robin Dahlberg, who has pieces in New York Public Library’s permanent collection, and Nicole Rosenthal, whose work is in Brooklyn Museum Library’s permanent collection.

Watch it for free via Queens Theatre’s YouTube channel.

After the debut, spotlight videos on Madhi, Jones, Green, Heath, and Mitchell will run every day during the week that starts on March 8.

F-Stop is administered by the Josephine Herrick Project, which teaches photography and exhibits images by less privileged New Yorkers with the belief that the camera is empowering. The nonprofit works with a wide range of people, including school children, refugees, and adults with disabilities.

QB is the largest public residential development in the United States. Under the auspices of the New York City Housing Authority, the sprawling complex has 96 six-story buildings with 3,142 units and more than 6,000 residents in the area between Vernon Boulevard, 40th Avenue, 21st Street, and 41st Road/Greenway in a Long Island City. 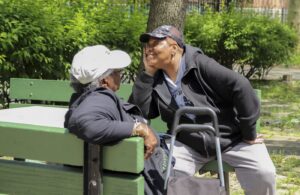