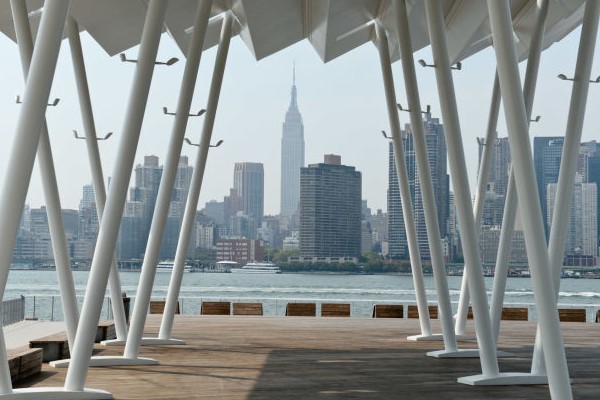 Don’t be surprised if commuters start celebrating after they miss the NYC Ferry in Hunter’s Point South Park while exclaiming “It’s burger time!”

Longtime Woodside butcher Frank Ottomanelli is now running the outdoor cafe in what’s called “The Oval” by the East River. (LIC Landing used to operate there.)

Frank has actually been serving his signature “world’s freshest” burgers and Belgian fries on weekends at the Long Island City concession for about a month. He’s also been painting tables, planting flowers, and generally beautifying the seating area.

Now ready to open seven days a week in July, expect Frank to sell other items, such as poke bowls and sandwiches with vegetarian options. And don’t be surprised if he adds high-end steak-and-wine dinners in the near future.

Frank comes from a famous family of New York City butchers. His grandfather, Gennaro, left Italy’s Bari to seek the American Dream by selling meat from a Greenwich Village pushcart in the early 1900s. Later, Gennaro and his sons – including Frank’s father Salvatore – founded several Ottomanelli’s butcher shops in Manhattan.

Salvatore opened Ottomanelli’s Prime Meat and Wild Game at 61-05 Woodside Ave. in Woodside in 1960. Frank literally grew up in the store, and in 2001, he launched F. Ottomanell’s Burger and Belgian Fries, a storefront restaurant about one block away at 60-15 Woodside Ave. (He later incorporated the butcher shop into the restaurant.) 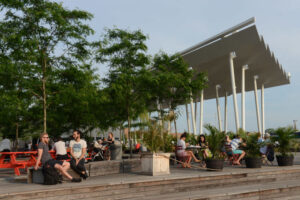