#Newsflash | Don’t Be A Chicken! Grace Jamaican Jerk Festival Is in Queens on July 31 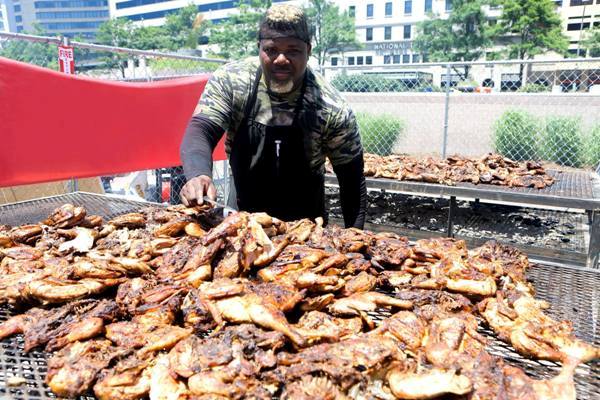 There’s plenty to celebrate as this tenth annual extravaganza returns to 54-acre Roy Wilkins Park after a Covid-induced break. The island of Jamaica gained independence from England 60 years ago and main sponsor Grace Foods is now a full century old.

Other reasons to attend are endless, but let’s discuss the food first. The word “jerk” refers to a dry-rubbing technique that adds marinating spices to meat, especially chicken, fish, and pork. In a word, it’s “delicious.”

The festival will feature a cook-off in the Culinary Pavilion where professional chefs and celebrities — including Angela Yee of Power 105 FM’s Breakfast Club Morning Show, Food Network’s Chopped Champion Andre Fowles, Chef Irie, and Chef Natacha Gomez — will create dishes and compete for bragging rights and the most coveted item, the Dutch Pot Trophy. And for the first time this year, the public will be able to vote for a favorite chef, who will receive a People’s Choice Award. (Editor’s note: Those who don’t like jerk will find dozens of vendors selling other dishes with vegetarian and vegan options.) 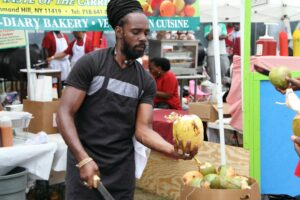 The second big draw is the music, which is set for a main stage with help from VP Records. Jamaica-born Protoje, who blends Hip Hop, Soul, and Jazz with his native Reggae and Dancehall, headlines the show. Other confirmed stars are Lila Ike, LaaLee, London-born Cristale, and the Christopher Martin & Romain Virgo duo. Platinum Kids DJs will drop crowd favorites to electrify attendees throughout the day.

A third reason to get excited is the storytelling. The audience can expect poetry, riddles, proverbs, jokes, and legends.

General admission is $45 in advance and $60 on the day of the event. Tickets are available online and at authorized retail outlets in the New York Tri-State area. (Tickets provide access to main and cultural stage entertainment along with cooking exhibitions, corporate giveaways, and a few other privileges.) Children under age 11 can attend for free and there will be a special discount for first responders and seniors with ID at the gate. 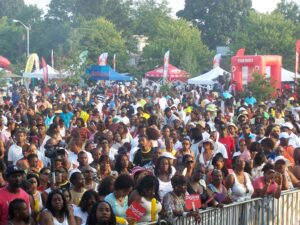