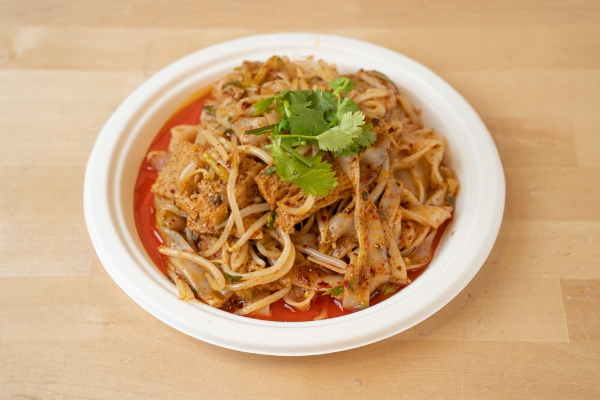 Flushing foodies just got another reason to smile.

Xi’an Famous Foods opened a restaurant in the Tangram complex last week. The 1,500-square-foot venue has 30 seats and an open kitchen so patrons can watch as chefs pull the noodles and prepare the food. 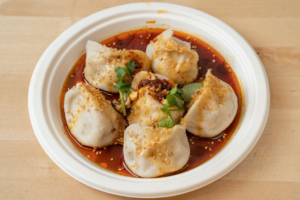 The Tangram restaurant is kind of a homecoming, as Xi’an Famous began as a 200-square-foot basement stall in Flushing’s now defunct Golden Shopping Mall in 2005. Thanks in large part to exposure on Anthony Bourdain’s No Reservations and other television programs, the father-and-son owners expanded to nine other NYC locations and produced a cookbook.

“When my father founded this restaurant, he was missing the food of our hometown, Xi’an, and wanted to enjoy and share this unique cuisine with others in Queens and beyond,” stated Xi’an Famous Owner and CEO Jason Wang. “Tangram is an important cultural destination in New York City as a whole and we’re honored to align with their team and our mission of satiating cravings, while promoting unique cuisine and culture.” 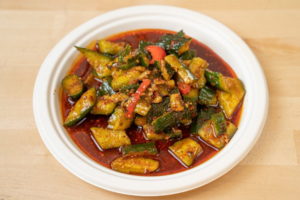 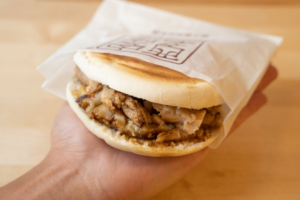