#MonthlyPicks | What Does An Economic Development Expert Love About Queens? 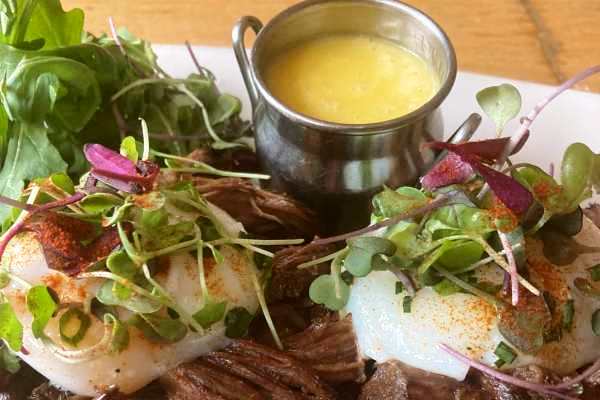 Good Eats The Rockaways food scene has stepped up its game in the past two years with strong newcomers barreling into the forever-expanding food culture and making it so hard to choose! I’m a huge fan of Bernadettes (95-19 Rockaway Beach Blvd.) for the one-of-a-kind buffalo chicken sandwich. There’s truly no match for the balance of buffalo deliciousness and tender crispness. Newly minted Rockaway Tiki Bar (67-20 Rockaway Beach Blvd.) can boast the best vegetarian dumplings on the peninsula and a host of serious cocktails and mocktails. And a day would not be complete without a traditional yeast jelly doughnut from Rockaway’s original Fat Cardinal Provisions (196 Beach 92nd St.). The unmatched jelly goodness (and it’s simpler-yet-lovely spongy-sister cinnamon sugar doughnut) come from a secret, historic recipe. There’s nothing like it. And I’ll never say “no” to an oat milk latte from beloved Cuisine by Claudette (Arverne and Beach 116th Street locations). The perfect treat on a warm summer morning.

Unique Treats Swing by Zingara Vintage (202 Beach 91st St.) for some of the best vintage on the East Coast. While there, ask about the very terry cloth bikinis and dreamy terry sets. For everything you need for a day of surfing, pop right up the block to Station RBNY (91-08 Rockaway Beach Blvd.) for board rentals, hats, flip flops, and surf gear. The weekly market at Rockaway Brewing Co. (415 Beach 72nd St.) has goods from local makers and crafts with some of the area’s most unique finds — not to mention a tap full of the tastiest beers.

Wander Streets Rockaway is brimming with natural beauty, but my favorite natural hidden gem, hands down, is the trails at Fort Tilden. The former military site was established as Camp Rockaway Beach at the start of World War I. It was officially decommissioned in the 1970s and established as a National Park site. The western side is a multi-mile trail across terrain ranging from marshes to hilly trails. Atop a structure located within Fort Tilden, Battery Harris East, you’ll find a lookout point with 360-degree views, including sweeping looks at the Atlantic Ocean and Jamaica Bay.

Historic Feats Here are some little-known facts about the peninsula that I love to share: The first transatlantic flight took off from the Rockaway Naval Air Station in 1919. It’s now the site of Riis Park. Hog Island was an inhabited, mile-long sandbar running parallel to the Rockaways which housed leisure activities in the late 1800s. It was nearly erased by a massive hurricane in 1893 and completely eroded by 1902. The Flamingo Kid (1984) filmed scenes at the Silver Gull Beach Club and the Sophie’s Choice (1982) amusement park scenes were filmed at none other than the old Rockaway’s Playland.

Jeanette G. Nigro is the Founder of Perch Advisors LLC, which provides solutions in such industries as economic development, commercial revitalization, community engagement, microfinance, and entrepreneurship. She lives in Rockaway Beach. 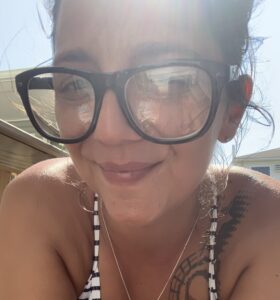