#MonthlyPicks | What Does a World Traveler/Food Writer Love about Queens? 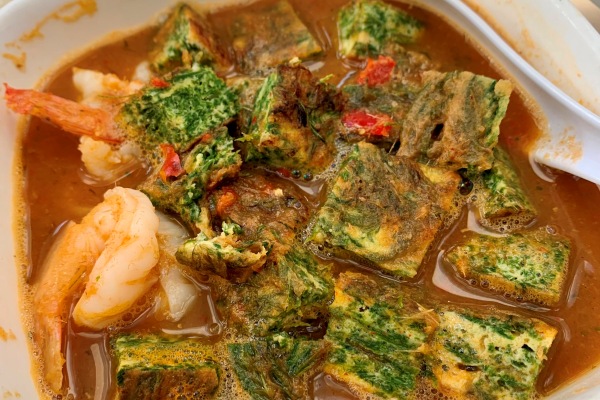 I love to travel and explore new-to-me places via food, and Queens has limitless opportunities to do so. I’ve lived in Jackson Heights for more than 13 years now, including through the whole pandemic thus far, and it just hasn’t gotten old to me. Particularly this past year-and-a-half when we’ve been largely grounded, I so appreciate the feeling of walking around this and other Queens neighborhoods and feeling instantly transported—not only by the food itself, but by the sights, sounds, smells, and human interactions.

As someone who’s led “around the world” food tours around my neighborhood for more than a decade, I’d be remiss to not start with the culinary and cultural treasure trove that is Jackson Heights. It’s so dense with incredible food from around the globe that the options can be overwhelming, but you really cannot go wrong. Some highlights: Bangladeshi fuchka and jhal muri from Fuskahouse NYC; delicious lamb chops, bhindi masala, fresh paneer dishes, and more from Angel Indian; Tibetan momos from Amdo Kitchen or Phayul (among others!); Tibetan thenthuk from Lali Guras and Nepali jhol momo from Bhanchha Ghar; Colombian coastal cuisine from Mr. Cangrejo; Colombian cheese breads from any of our wonderful bakeries; Mexican tamales and atole from the Roosevelt Avenue morning vendors; Ecuadorian encebollado de pescado (fish soup) from Mini Picantería El Guaquileño. This list is nowhere near exhaustive!

My family and I bring Thai food home from different spots around Elmhurst almost every weekend; we love picking up regional Chinese food in Flushing whenever we’re nearby; our summer was sprinkled with many a visit to Gelato & Co. in Astoria, and sidewalk meals at various Greek and Italian restaurants there; and we’ve loved recent afternoons tasting Filipino dishes at a Woodside food festival and gorging on amazing Mexican and Ecuadorian food from the Corona Plaza street vendors. As I’ve already said—it just never gets old. 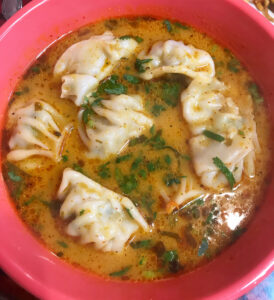 I recently tried a Nepali Sherpa dish called “rildok” from Hamro Bhim’s in Jackson Heights that I’m pretty sure isn’t found anywhere else in NYC (and well beyond). I’d seen a photo of it outside this small eatery a while back and made a mental note to try it, and I’m so glad I finally did. It’s a delicious soup for which potatoes are boiled and pounded, and then, once sufficiently smooth and sticky, dropped into a spicy broth redolent with tomato, garlic, and onion. The Sherpa chef showed me how she pounds the potatoes the traditional way, using a large wooden mortar and pestle on the ground. I might as well have been peeking into a mountain kitchen deep in the Himalayas. It was very special. 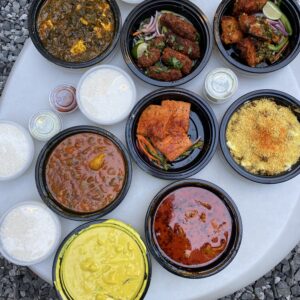 My long walks in Queens are largely contained to commuting my kids and the neighbors’ kids to their public school on the other side of Jackson Heights when it’s my turn to take/collect them. And admittedly it’s a great walk through the neighborhood’s handsome historic district. But on a free weekend day in the borough, our family may end up wandering around Flushing Meadows Corona Park—we loved the misting station at the Unisphere this past summer—or along the stunning waterfront in Long Island City, through Gantry Plaza State Park and Hunter’s Point South Park.

We got really into regional hiking in 2020, which included several spots in Queens we continue to visit. Forest Park and Alley Pond Park are great spots when you need a walk in the woods. (My kids also enjoy visiting the animals at the Alley Pond Environmental Center too, of course.) And we love the nature escape that is Jamaica Bay Wildlife Refuge—so tranquil and green, totally quiet aside from the incessant birdsong. It’s a lovely place to walk by the water. 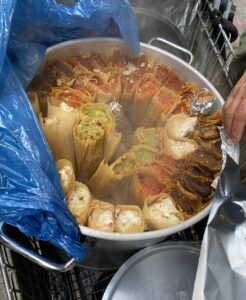 I don’t know why it took me so long to visit the Panorama of the City of New York at Queens Museum in Flushing Meadows-Corona Park, but thankfully we finally did this past year. Dating from the 1964 New York World’s Fair, the 9,335-sq.-ft. architectural model includes 895,000 buildings in all five boroughs, the various waterways, and airports (with little planes coming and going). It’s a mind-blowing feat, and one that’s hard to tear your eyes away from. It’s fun, too, to listen to the original guided tour, recorded for the “indoor helicopter ride” that brought paying guests around the Panorama during the fair, and reflect on how much the city—and Queens—has evolved since 1964. 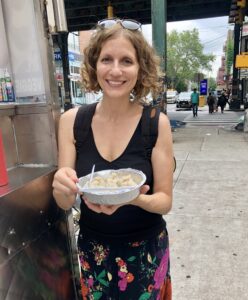 Laura Siciliano-Rosen is a longtime writer and editor, the co-founder of food-travel site Eat Your World, and the founder of the Eat Something New in Queens Facebook group. She regularly leads food tours for small groups, families, corporations, and school groups in Jackson Heights, where she lives with her husband and two kids. Follow Laura on Instagram @eatyourworld.