#MonthlyPicks | What Does a Filipino-Born, Queens-Raised Community Manager Love about his Borough? 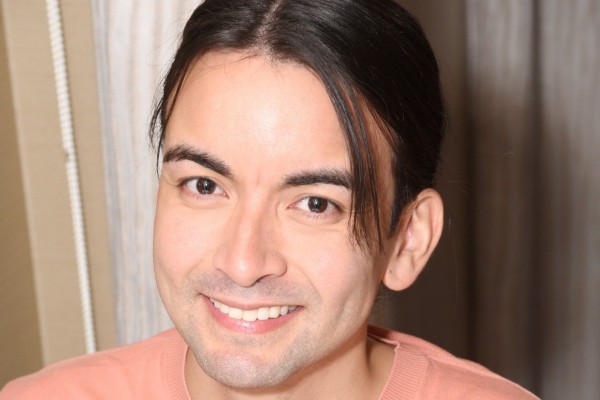 Warlito Deleon is a Community Development Manager at Resorts World New York City. He appreciates the wonders of Queens. Please read his #MonthlyPicks column for August 2022.

My parents brought me to Queens from the Philippines when I was less than a year old. Several decades later, I still live, work, and play in the world’s most diverse borough. It’s nearly impossible to pick just one Queens restaurant to highlight, but I’ll go with the one I enjoyed most recently: Tito Rad’s Grill.

Near the intersection of Queens Boulevard and Roosevelt Avenue in Sunnyside, Tito Rad’s is probably my favorite Filipino restaurant—although that distinction occasionally flip-flops with Ihawan. Opened in 2006, Tito Rad’s is both cozy and a bit polished, making it the perfect spot for many a family gathering. My recommendations include Ukoy (bean sprout fritters), Sinigang (tamarind soup with meat and vegetables), and Paksiw (vinegar and brown sugar stewed pork).

I’m going to kill two birds with one stone and wholeheartedly recommend the Halo-Halo at Tito Rad’s. If you haven’t had Halo-Halo, it’s a Filipino dessert of shaved ice and condensed milk, topped with a rainbow of treats, jellies, and ice cream. The Tito Rad’s version comes in a wide coffee mug with a healthy scoop of Ube (purple yam) ice cream, which makes a perfect vessel for the creamy, melty slush that Halo-Halo eventually becomes.

One of my first ever birthday memories is helping tie up balloons at the picnic grounds at Forest Park super early in the morning. Friends and family would come and go throughout the day, burgers would be flipped, and Power Rangers toys would be frantically unwrapped.

Many, many years later, I rediscovered Forest Park in my adult years after moving closer to it. In fact, during the first year of Covid, the hilly, leafy area became something of a sanctuary for me, giving me a place to roam, hike, journal, and jog in (maskless) solitude. As sort of a thank you, I’ve recently taken up volunteer litter removal on my favorite trails, especially along Strack Pond.

And during the early Covid years, when we were still feeling out how to gather and be social, it was Forest Park where I felt comfortable hosting a small group of friends for a socially-distanced celebration. While NYC contains plenty more high-profile public spaces, I’ll always recommend Forest Park for its excellent trails, quiet charm, and accommodating picnic grounds.

Call it proximity bias as I work at Resorts World New York City next door, but my first thought when thinking of a historic attraction is the Aqueduct Racetrack off Rockaway Boulevard in the South Ozone Park area. The Big A is the only racetrack in New York City and the only place to bet on horses after the closure of off-track betting parlors in 2010. For those who remember, the racetrack parking lot was the site of a weekly flea market—which has since moved to Fountain Avenue in Brooklyn and has been affectionately renamed the “AquaDuck Flea Market.” The track used to host an annual carnival, The Big A Fair, on its tremendous lot.

Nowadays, the Big A continues to host important thoroughbred horse races, including the Wood Memorial Stakes, one of the major prep races for the Kentucky Derby. While the facility has seen several renovations, there are still many remnants of its original 1975 design.

And here’s a last bit of trivia: Aqueduct Racetrack is accessible by the A train at the MTA’s only one-way stop.