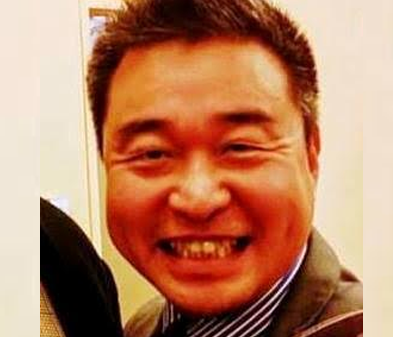 Local residents chime in on their favorite places to eat, learn, walk, and have fun. This month’s picks are by John Choe. Amazing history, world-class cuisine, and unique cultural diversity make Flushing the must-see destination for New Yorkers and out-of- towners.

This is a hard one only because there are so many great options. Flushing is now a global village, hosting regional cuisines from every corner of Asia and Latin America, with the city’s most sought-after spots for foodies in-the- know. Here are my three favorites: JeunJu Restaurant, a family-style Korean place with great service and ambiance and the Marilyn Monroll; Dumpling Galaxy, which is basically a five-star eatery; and JooMakGol, which has heavenly sushi and ban chan.

As the birthplace of religious freedom, Flushing’s history and architecture date back to the 1600s, when the Dutch West India Company settled a farming village called “Vlissingen,” which means “Flushing” in Dutch. Even back then, local residents later rebelled against Governor Peter Stuyvesant’s persecution of Quakers and other religious minorities. The 1657 Flushing Remonstrance, which inspired the Founding Fathers to draft the First Amendment to the United States Constitution, sparked a flurry of profound changes that changed our nation’s future – from Flushing’s leadership in the abolitionist movement and welcoming of a large African-American community to the drive to educate people of all backgrounds and the founding of New York’s first public high school. Flushing’s prominence as the horticultural center of post-Revolutionary America is also reflected in the beautiful grounds of the Queens Botanical Gardens and the many streets named after trees. Don’t miss the following: Flushing Town Hall; Kingsland Homestead; Lewis H. Latimer House; John Bowne House; Voelker Orth Museum; and Flushing Quaker Meeting.

Shoppers come from around the region for unique products and services difficult to find anywhere else. Speaking hundreds of languages, our community flocks to the Flushing branch of the Queens Library, which has the highest circulation of any library branch in the United States. With more than 40 bank branches in a half-mile radius, Flushing is a regional financial center and has the second highest concentration of bank deposits in the nation. And with hundreds of faiths coexisting side by side, Flushing also has the highest concentration of houses of worship representing religions from around the world. A regional transportation hub, Flushing attracts entrepreneurs from around the world and generates more than a billion dollars in sales – one of the few neighborhoods in New York to grow during the last recession.

This year, the Greater Flushing Chamber of Commerce is proud to partner with the NYC Department of Small Business Services and Asian Americans for Equality to launch a new district marketing campaign. Come by the Sheraton LaGuardia East Hotel on Wednesday, June 7, 11 am, to get a preview of our campaign and connect with our amazing group of community partners, cultural venues, and entrepreneurs. As part of our campaign, you will be able to navigate our online portal to the best spots in Flushing with itineraries for exploration, recommendations for places to visit and eat, and most importantly, shine the spotlight on the people who live and work here. Whether you’re in town for the U.S. Open, a Mets game, the Queens Marathon or just in an adventurous mood, Flushing has something for everyone.

I love riding my bicycle through downtown Flushing traffic, past the Queens Botanical Garden, and around Flushing Meadows Corona Park, where you can get picture perfect photos of the Unisphere (no matter the time or weather), grab a chocolate sprinkle vanilla cone from Mr. Softee, and watch immigrants from around the world celebrate life in New York City.

John Choe is the executive director of the Greater Flushing Chamber of Commerce. His resume includes stints with John Liu when Liu was a City Council member and NYC Comptroller and the directorship of One Flushing.