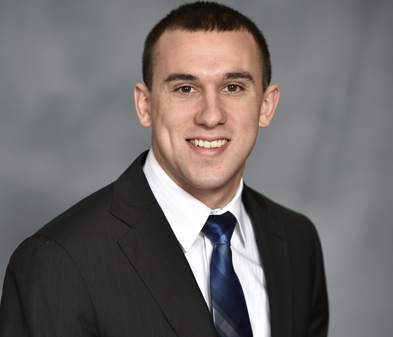 The 2016 baseball season is here, and the 2015 National League Champion Mets are looking to have another historic campaign. That also means the chance to nosh on some great food while cheering on the home team! The Mets and Aramark are proud to offer a variety of delicious options throughout the ballpark that are sure to satisfy any fan’s plate.

Danny Meyer’s Union Square Hospitality Group brings two delicious options in the Taste of the City, located in center field on the Field Level, including Shake Shack and Blue Smoke. Blue Smoke offers mouthwatering, real-pit barbecue featuring pulled pork sandwiches and brisket. Shake Shack grills up game day favorites, such as the Shack Burger. Speaking of burgers, the Mex Burger at Keith’s Grill is a fan favorite – served with chips and Keith Hernandez’s favorite candy, a tootsie roll pop which makes this meal a home run! The borough’s own Mama’s of Corona serves authentic Italian heroes, salads and desserts, while Daruma of Tokyo features delectable sushi rolls and Japanese cuisine. The hospitality group also presents El Verano Taqueria with authentic tacos and nachos as along with box frites, fresh-cut Belgian-style fries with dipping sauces. Long Island-themed seafood stand, Catch of the Day, offers menu items including a fried flounder sandwich and lobster roll inspired by award-winning chef Dave Pastrernack. In conjunction with Drew Nieporent and the Myriad Restaurant Group (of Tribeca Grill and Nobu fame), the Acela Club presents a fine dining menu that all fans are sure to love. Located in left field on the Excelsior level, the Acela Club provides seating with direct views of all of the game action. Youngsters can enjoy a great meal from Mr. Met’s Kids Kitchen, which is also located in the Taste of the City section. If you’re still hungry, don’t miss out on Two Boots pizza, Pig Guy NYC’s Bacon on a Stick, Pat LaFrieda’s Original Filet Mignon Steak Sandwich and signature dishes from Rao’s Specialty Foods. Citi Field also offers a gluten free and organic stand presented by Hain Celestial. Other classics include Nathan’s Famous Hot Dogs and Crinkle Cut French Fries, Pat LaFrieda Meat Purveyors hand-crafted burgers, Premio sausage, Dunkin’ Donuts coffee, Mister Softee ice cream and more! Ballpark favorites, such as peanuts, pretzels, popcorn and Cracker Jack, are also part of the lineup, while fans can satisfy their thirst with Coca-Cola and Budweiser products.

Coming off an exciting postseason run during which the Mets captured their first National League Championship since 2000, the team will honor the 30th anniversary of the 1986 World Championship team by hosting a 1986 Weekend, May 27-29 vs. the Los Angeles Dodgers. Friday (May 27) will feature a jersey giveaway where all fans will receive a 1986 replica jersey presented by Dunkin’ Donuts. Saturday (May 28) fans should arrive by 6:15 pm for a 1986 Champions Special Pregame On Field Ceremony, which will recognize members from the 1986 World Championship team. On Sunday (May 29), the first 15,000 fans in attendance will receive a 1986 replica World Championship ring presented by H.L. Gross & Bro. Jewelers.

The team will also be wearing throwback uniforms during every Sunday home game at Citi Field. The jerseys are available at the Mets Team Store at Citi Field and mets.com/shop.

Plus, the Mets Hall of Fame and Museum at Citi Field is great way to look back on the history of the New York Mets. This year, the museum, located adjacent to the Jackie Robinson Rotunda, will commemorate the 1986 team with game used bats, batting gloves, and other elements from that historic season. In addition, it will feature a dedication to the National League Championship teams from 1973, 2000 and 2015.

With Mike Piazza’s induction into the National Baseball Hall of Fame in 2016, the Mets Hall of Fame and Museum will also feature historic memorabilia from Mike’s remarkable career. The Mets will celebrate his historic accomplishment with Mike Piazza Weekend on July 29-31 vs. the Colorado Rockies. The weekend will include a replica jersey giveaway on Friday presented by Delta Air Lines, a Pregame On-Field Number Retirement Ceremony beginning at 6:30 p.m. on Saturday and a bobblehead giveaway presented by Citi on Sunday for the first 15,000 fans.

Come out and support the 2015 National League Champions as they complete their unfinished business. April and May feature home games against the Giants (April 29-May 1), a matchup with NL East division rival Nationals (May 17-19) and is capped off by 1986 Weekend and rematch of the 2015 NLDS against the Dodgers (May 27-29). Visit mets.com/tickets to purchase tickets today.

Popular weekend promotions are back in 2016. Every Friday home game starting on April 29 is a Free Shirt Friday, where all fans will receive a custom-designed Mets t-shirt. Super Saturdays feature premium promotions, including fireworks, postgame concerts, bobbleheads, and more. Family Sundays include pregame activities such as kids’ games, inflatables, face painting and music on Mets Plaza two hours prior to every Sunday game. In addition, on Sundays, there are great promo items for the first 15,000 fans and all kids 12 and under can run the bases postgame in the Mr. Met Dash. Visit mets.com/promos or click here to see the full 2016 promo schedule.

Tim Walsh is the Marketing Assistant for the New York Mets.