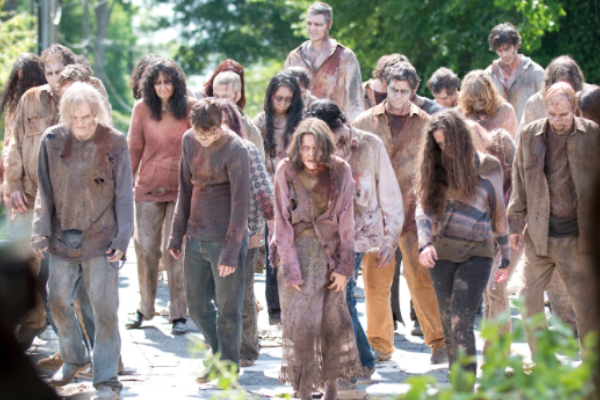 The Zombie Apocalypse is coming to Queens!

Museum of the Moving Image and AMC Networks will unveil Living with the Walking Dead on Saturday, June 25. (Tickets are selling fast so we’re publicizing now!)

Devoted to The Walking Dead, the exhibition will present aspects of the television show’s origins, production, and impact through costumes, props, concept art, storyboards, scripts, prosthetic makeup, screenings, and public events over a six-month span.

On view in MoMI’s third floor gallery until Jan. 1, 2023, Living with the Walking Dead will probe threats from the murderous undead, the collapse of social order, and other issues at the heart of the series. It’ll also explore the show’s cinematic and literary antecedents, such as Robert Kirkman’s eponymous comic books.

“The exhibition will bleed outward from our temporary exhibitions gallery and into our theaters, classrooms, and other public spaces,” stated MoMI Executive Director Carl Goodman.

AMC’s The Walking Dead, which premiered on Halloween 2010, depicts a post-apocalyptic world plagued by flesh-eating zombies. It was the first cable show to become #1 in all television, a rank it held for five consecutive years. It also engendered spinoffs such as Talking Dead, Fear the Walking Dead, and The Walking Dead: World Beyond. The episodic anthology series Tales of the Walking Dead is also in the works.

“Over 11 seasons and 177 episodes, The Walking Dead has built a vibrant and massive global fan following, becoming one of the most beloved franchises in television,” stated Dan McDermott, President of Entertainment and AMC Studios for AMC Networks.

Museum of the Moving Image is located at 36-01 35th Ave. in Astoria’s Kaufman Arts District. 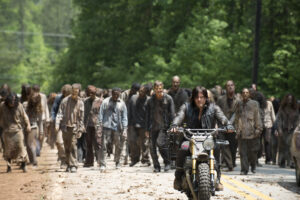