#InTheLoop | Watch Documentaries on Prisoners (Male and Female) in Iran 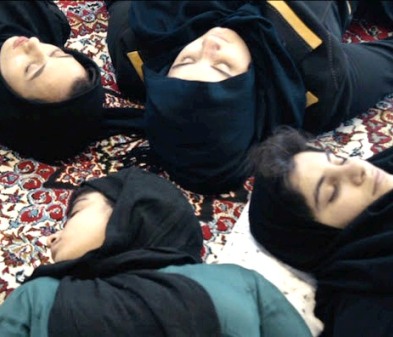 Mehrdad Oskouei is no stranger to prison. The Iranian documentarian’s father and grandfather were incarcerated for political reasons, and he is currently awaiting a sentence. Plus, he spent 12 years filming women and youth in detention centers near Tehran.

The Museum of the Moving Image will stream a quartet of documentaries on his experiences via Bound Unbound: Four by Mehrdad Oskouei, which will run from Wednesday, Aug. 5, to Sunday, Aug. 30.

The series features Oskouei’s latest work, “Sunless Shadows,” which won Best Director at the International Documentary Film Festival Amsterdam in 2019. This motion picture makes a statement about the macho Iranian culture via interviews with females locked up for murdering male family members. The other three works — “Starless Dreams,” “The Last Days of Winter,” and “It’s Always Late for Freedom” — feature testimonies from a range of teenagers convicted of crimes that range from theft to murder. Many suffer from addiction and abuse.

Tickets for “Sunless Shadows” are $12 per session, while the older titles cost $3.99 and series passes are available for $20 each. Half the proceeds go to MoMI.

All the productions are in Farsi with English subtitles. Here’s more information.

It’s Always Late for Freedom (2007, 52 minutes) introduces three adolescents who have committed crimes ranging from theft to drug smuggling to stabbing. Upon deeper inspection, it’s obvious that they’re just like other teens who tease, play, and experience young love.

The Last Days of Winter (2011, 52 minutes) follows seven young men, all under age 15, in the 12 days leading up to Iranian New Year. Oskouei follows their daily activities and then joins them on a holiday excursion to the Caspian Sea. With no walls around them, the boys open up, detailing their plans for the future.

Starless Dreams (2016, 76 minutes) reveals the circumstances that led to the confinement of a few teenage girls. As they rehabilitate, they face dangers outside the penitentiary’s walls, sometimes within their own families.

Sunless Shadows (2019, 74 minutes) is a follow-up to the other three documentaries that focuses specifically on inmates serving time for the murder of a male family member. It has a confessional aspect, as Oskouei got each subject to address their accomplices or victims on camera.

“It is not hyperbolic to say that the films of Mehrdad Oskouei are without comparison in contemporary cinema,” said MoMI Curator of Film Eric Hynes. “Both for his dedication to giving voice to people who are habitually and systematically silenced…and also in terms of his easygoing, engaging style of observation and conversation, which allows for scenes of both heartbreaking intimacy and transcendent joy.”

Oskouei, who was born in 1969, defines the terms “prolific” and “success.” His films have screened at more than 500 festivals in over 60 countries, and he has been a judge at 130 festivals. Plus, he’s won more than 120 awards, including a lifetime achievement award from the Iranian Documentary Filmmakers Association. He’s also a lecturer, performance artist, photographer, professor, researcher, and screenwriter who founded the Institute of Anthropology and Culture and serves as a cultural ambassador for the United Nations. 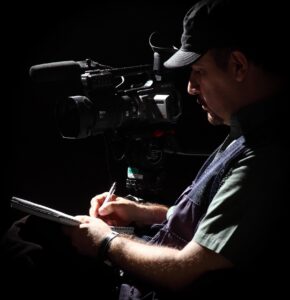