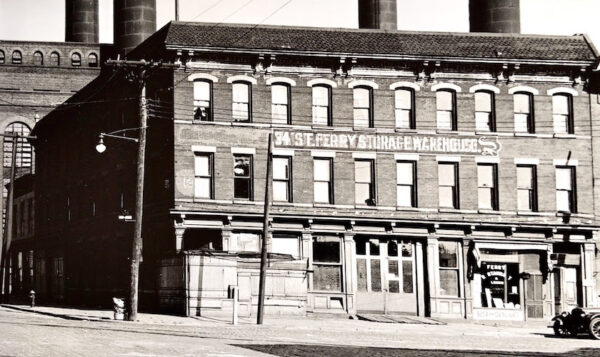 Percy Loomis Sperr took an estimated 40,000 photographs of New York City between the 1920s and the 1940s. Though he might have had a slight bias toward his home borough, the Staten Island resident generally played no favorites, exploring major thoroughfares, side streets, bridges, harbors, highways, buildings, houses…basically every nook and cranny.

Frederick J. Weber was the official photographer for the Long Island Rail Road, the Queens Chamber of Commerce, and a local trolley company during much of the first half of the 20th century. He was also a part owner of a Jamaica photography business who did everything from weddings to yearbooks to everyday portraits.

With the LIRR, Weber, whose first name is also spelled “Frederic,” was best known for taking shots of grade crossing accidents for insurance purposes. However, his work also appeared in the Long Island Daily Press, a very popular Jamaica-based newspaper at the time, and City Journal.

Check out fantastic local images by these artists via the Queens Historical Society’s Capturing Queens exhibition, which opens with a special reception on Saturday, Feb. 13, at 2: 30 pm.

The display features images of Colonial homesteads, Victorian mansions, farm-and-marsh landscapes, and metropolitan settings — many that don’t exist anymore. They offer views Queens as it was transforming from rural to suburban in parts and urban in others.

Capturing Queens is online, but it’s also available for in-person view on Tuesdays and Saturday (with limited capacity, advanced tickets, and other COVID-related precautions).

Queens Historical Society is located inside Kingsland Homestead, a historical house at 143-35 37th Ave. in Flushing.