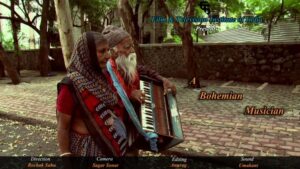 There are a few changes to this year’s Sunnyside Shorts International Film Festival, which will run from Saturday, Sept. 26, to Saturday, Oct. 10.

First of all, it’s online.

Second, it’s scheduled for two weeks instead of one day as in previous years.

Finally, the diversity is overwhelming.

The 15th annual exposition features 76 movies from more than 20 countries, selected from a pool of more than 400 submissions. They’re organized into five themes: Comedy, Documentary, LGBTQ, Narrative, and Miscellaneous. So be prepared to laugh, cry, be amazed, and maybe even eat some Microwaved popcorn.

Attendance is $15 for the entire slate, and viewers can vote for their favorite shorts in each of the categories.

Since President Trump is currently knocking heads with Vice President Biden, some patrons might like “Post-Election Works,” a 17-minute essay constructed from digital fragments that examines Kate Haug’s identity after the 2016 Presidential Election. She mixes Internet-culled photos and videos with her own artwork and narration to create a dialogue on the circular nature of history.

“A Bohemian Musician” is a 13-minute look at Keshav Lal, a once successful Indian musician who ended up living on the streets of Pune with his wife. It’s actually a story about the power of hope and optimism.

The 15-minute “Zapatos de Tacón Cubano” is a Spanish-language tale of two male teenagers in a tough Madrid neighborhood. Amid family dysfunction and a macho, homophobic culture, they hide a romance while exploring their passion for Flamenco.

Sunnyside Shorts International Film Festival receives support from the Queens Council on the Arts through tax dollars allocated from the NYC Department of Cultural Affairs in partnership with the City Council. 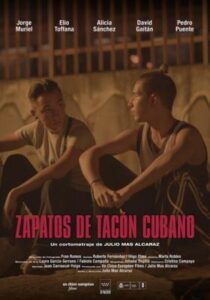