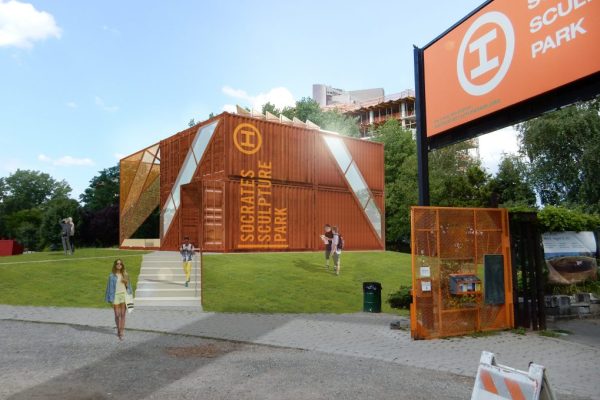 The shipping container structure known as “The Cubes” has landed in Queens!

Socrates Sculpture Park hosted a groundbreaking for the facility, which will exhibit art and host art-related activities, on Sept. 21. Check it out near the main entrance at 32-01 Vernon Blvd. in Long Island City.

The Cubes is the park’s first-ever permanent structure. And now it’ll undergo construction until it has two stories with 2,640 square feet of interior space with a 960-square-foot, multi-purpose indoor area with space for up to 70 children and teens. Add to this a 480-square-foot outdoor deck, a roof with solar panels, and 1,200 square feet of office space. (Completion is expected in early 2024.) 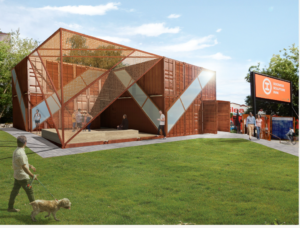 The concept began as a commission by The Whitney Museum of American Art when it was on Madison Avenue. Back then, it was a 720-square-foot, one-story, six container structure where the Manhattan museum held education programs. The Whitney donated it to Socrates while relocating to Chelsea.

It actually fits perfectly with the park’s history of reclamation and revitalization. During the 1970s and 1980s, the spot was an abandoned landfill that had become an illegal dumping site. In 1986, a group of artists and local activists reclaimed it and turned it into Socrates Sculpture Park with help from NYC Parks Department. 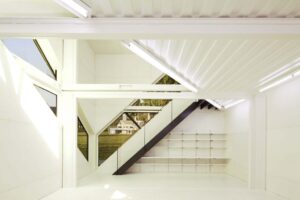