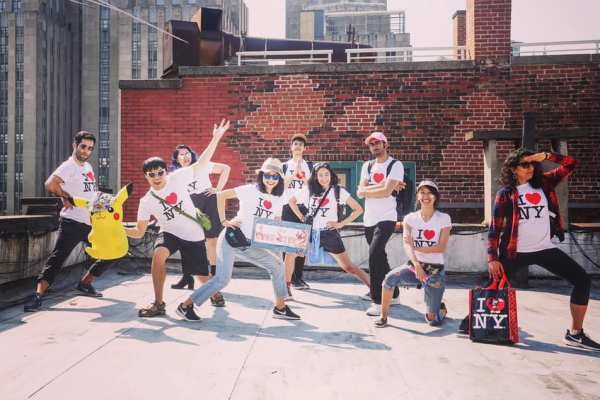 Luckily, this group lives up to its nickname!

Through stand-up routines, sketches, and wacky stories, these jokesters will discuss their struggles during the COVID quarantine. They’ll also pay a special tribute to Manhattan’s Chinatown and renowned Queens-born photographer Corky Lee, who died recently.

The show will stream live on FTH’s YouTube channel. RSVP to get the link and reminders. (Patrons are asked to support the effort by making a donation here.)

Otter Lee (below), a Chinese-American actor, writer, and general funnyman, will be the master of ceremonies. He’ll work with East and South Asian comedians on this show, which is recommended for those age 13 and over. Here’s some info on Lee’s partners.

Jatin Chhugani is a comedian, writer, and founding member of Overstep Comedy, an Asian-American sketch team.

Patricia Dinglasan is a stand-up comedian whose videos “Mom-Lan” and “Fashion Looks for Remote Learning” appeared on WhoHaHa.

Vivek Netrakanti is a writer and stand up comedian who produces and performs in the show “Token White Guy” at Carolines on Broadway and Q.E.D. Astoria. He has also written sketches for Upright Citizens Brigade and Magnet Theater.

Becky Yamamoto is a comedian, actor and writer who has appeared in independent films such as “Fort Tilden” (SXSW Grand Jury Prize Winner) and “3rd St. Blackout” (LA Film Festival). 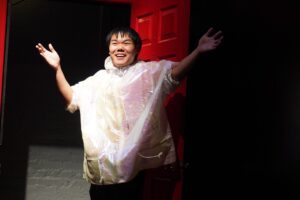